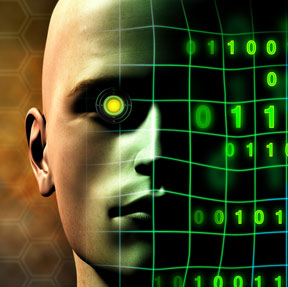 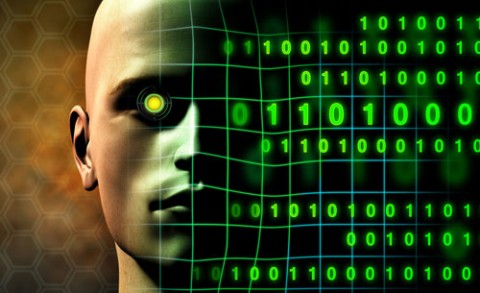 The name of it is telling.

They could just as easily have called it Skynet, the computer network of Terminator franchise fame that eventually led to the destruction of the modern world.

Though not as advanced just yet, MonsterMind is a new autonomous cyber weapons system developed by the National Security Agency and according to Edward Snowden is capable of not only intercepting every single digital communication within the United States, but it can automatically detect and launch retaliatory strikes without any human involvement if a threat has been identified.

During the interview Snowden explained a previously unrevealed NSA cyber weapon called “MonsterMind,” which has the capability to detect incoming cyber attacks and retaliate automatically without any human supervision. Such a program has dangerous global reactionary implications, according to Snowden, who said such cyber-attacks are often routed through computers inside innocent and unsuspecting third-party countries.

“These attacks can be spoofed,” Snowden said. “You could have someone sitting in China, for example, making it appear that one of these attacks is originating in Russia. And then we end up shooting back at a Russian hospital. What happens next?”

Beyond the possibility of mutually assured cyber-destruction, Snowden explained that for the weapon to work, the signals intelligence agency would have to compromise the privacy of “virtually all private communications coming in from overseas to people in the U.S.”

The military is actively working to build robotic soldiers and pilots that, like “MonsterMind,” would be capable of making autonomous decisions.

Does anyone else see a potential problem(s) with this?

In addition to essentially giving the NSA complete access to literally every single digital communication taking place on U.S. soil whether it originates from a foreign entity or not, the government is now actively building artificial intelligence networks that are designed to make their own decisions. The question of who develops and instill the rules or parameters for these new cyber organisms is unclear, but if history is any guide, there is a very strong likelihood that they will be set forth by some secretive committee much like the anti-terrorism laws being “overseen” by a shadow judicial system.

Two critical issues arise immediately, and we’re sure there will be more to follow as more information about these systems is leaked in coming months and years.

The first was pointed out by Edward Snowden. Despite how advanced we believe these systems to be, if human hackers have proven anything it’s that every computer based system ever designed has vulnerabilities. They can be beaten. Take, for example, that the Pentagon’s own network was hacked by foreign intelligence services. Or that Chinese hackers were able to compromise 23 operational spacecraft by hacking NASA’s highly secured Jet Propulsion Laboratory.

Consider a hypothetical situation where the United States and Russia are on the brink of war. We say hypothetical because in today’s stable and peaceful globalized society super powers would never actually go to war. But say the Chinese wanted to have the Russians do their bidding, and we realize that this is a hypothetical too, because no country, especially China, would ever consider such a manipulation. But if they did, the same Chinese hackers who compromised some of America’s most secure systems could simply spoof an attack on U.S. stock markets to make it look like they came from Russia. The autonomous MonsterMind system could intercept the attack and retaliate in any number of ways, including a retaliatory economic strike or something worse, like taking down Russia’s power grid.

In such an instance, the response from Russia could very easily go off-line and lead to real-world conflict, involving actual human beings getting deleted and not just computer systems.

Second, while MonsterMind is reportedly designed to monitor for cyber threats like those described above, we must also keep in mind that it is literally tracking our every move, not just online but at grocery store point-of-sale terminals, toll tag booths, and even our cell phone microphones and cameras.

In that respect, some of the protocols by which it operates could be expanded to include threats originating in the cyber world and identifying potential real-world “terrorists” by behaviors in which they engage. Perhaps you know someone who is suspected of being a suspected terrorist or you join an online community that disagrees with the government’s policies. Whatever the case, MonsterMind and its future iterations could very easily be modded and upgraded to encompass threat assessments and retaliatory strikes on not just foreign computer systems, but actual humans living in the United States.

While MonsterMind and similar systems may seem like a national security necessity in today’s world of cyber threats, it is important to keep in mind that we have now entered an era in which computers are going to be making the final decisions on who lives and dies.

The question that everyone should be asking is, ‘who gets to make the rules?’