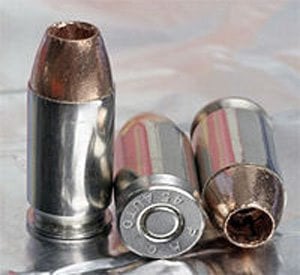 With over 10 million guns sold in the United States in 2011, violent crime rising significantly as the economic crisis worsens, and self defense killings sky rocketing, it’s becoming increasingly unpopular for politicians to call for restrictions on firearms. If anything, even though government officials in states like Illinois and New Jersey are  attempting to outlaw guns completely, the public outcry has been deafening, with each attempt met by protests and solidarity from individual rights and gun advocates all over the country.

It’s clear that the majority of Americans support their inherent right to bear arms. But, even though the strategy of attacking our second Amendment is wholly unpopular and failing miserably, misguided government officials are beginning to explore ever more novel ways of circumventing the US Constitution and Second Amendment altogether.

Like New Jersey’s recent attempt to ban ammunition, Illinois is now taking aim at ammo. This latest legislation would add a surtax to every box of ammunition sold, and if allowed, would set an alarming precedent that effectively threatens our ability to utilize a firearm for its intended purpose.

State Rep. Kelly Cassidy, in a bill introduced earlier this month, proposed a 2 percent surtax on ammunition. The proceeds would go toward a “high-crime trauma center grant fund,” which would then send the tax money to trauma centers in “high-crime areas.”

The idea is to begin to offset the high cost of gun violence. Mark Walsh, campaign director for the Illinois Campaign to Prevent Gun Violence, told FoxNews.com that cost often ends up being shouldered by these urban trauma centers.

“(The money would go) into communities here in Illinois that have been damaged with gun violence,” he said. “I think it’s a legitimate way to pursue funding.”

“We aren’t causing the problem. They are,” Pearson said. “It’s an attack on firearm owners and their rights. … They think that because we like to target shoot and hunt, we’re bad people, and we should pay for all the ills of the city of Chicago.”

Since gun owners in Illinois have to have a special ID card which requires a background check to obtain, Pearson said those committing crimes of gun violence aren’t likely to be paying much into the proposed tax fund.

“They’re not buying their ammunition (legally). They’re not paying any part of the tax. They’re getting their stuff illegally,” he said.

He estimated a typical box of ammo runs for about $25 in Illinois, meaning the average tax per box would be about 50 cents.

Supporters of the new legislation argue that proceeds from this small tax will be used to help the greater community. In this case, we would argue that the  road to hell is paved with good intentions.

The risks of an abusive government having the ability to essentially set the price of a product through taxation is a scary proposition. Anytime government has ever identified a new good or service to tax, if it is allowed to do so, it unabashedly continues to raise those taxes in perpetuity. Gasoline, alcohol and cigarettes are key examples of this. In New York, for example, you pay  more in taxes for a pack of cigarettes than the actual cigarettes. This same model will be introduced to ammunition if the sycophants in our local, state and federal government aren’t stopped.

You can be assured that if legislation like this isn’t stopped swiftly and unequivocally, it will spread like a cancer throughout the rest of the country.  Like cigarettes and booze, ammunition, it will be argued, is a danger to public health and the general welfare, and as such, will require high taxation to cover the adverse social impact it causes. It’s only a 2% tax today, but once the idea takes hold without protest, it will without a doubt lead to massive price increases, leaving many without the ability to exercise a right that is a pillar of the US Constitution.