Federal Government Threatens: “A Gigantic Grab of All Water Rights in the United States” 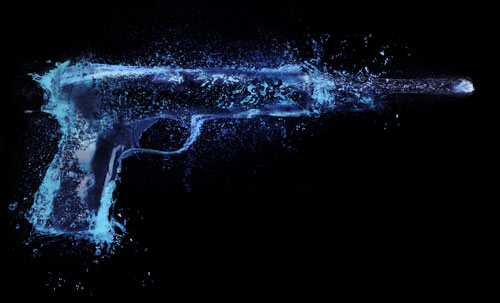 You may recall, Readers, that I penned a couple of pieces detailing the CKST (Confederated Kootenai & Salish Tribes) Water Compact last March in 2015.  To refresh in brief, the Water Compact gives the Indian Tribes the water rights to all surface and subsurface water in almost all of Western Montana, to include Flathead Lake.  The problem: these water rights are all off-reservation.  That’s right.  The Democratic-controlled State Senate, House of Representatives, and Governor of Montana voted this into law.  Everyone is to receive a water meter on their well.  All revenues will go to “the Tribes” as stipulated by HHS, to be managed by the Bureau of Indian affairs, and enforced by the DHS (Department of Homeland Security).

Now it is a national problem: to the tune of $2.3 billion, to come from the rest of the country.

Senator Jon Tester, D-MT is the culprit pushing the Tribes to ratify the Montana Law at the Federal level.  Tester managed to lasso $3 million in Montana, and stick the state with a $55 million obligation toward this theft.  Now Tester and all of the Tribes are coming after Federal Legislation to “legitimize” the compact…Congress being the one obstacle to the water grab.  They know that Montana will never be able to raise that money in taxes (all of ours went up this year), therefore they’re making the move to put it in the lap of the Federal Government and obtain funding, materials, and manpower to enforce this compact, if necessary from the barrel of a gun.

The obstacle mentioned in the previous paragraph surfaced from the excellent efforts of House Natural Resources Committee Chairman Rob Bishop, R-UT, who had announced a new procedural change in 2015 that requires any Indian and Tribal compact regarding water to be approved and certified by the Department of the Interior and the Attorney General of the U.S. before introduction (into the U.S. House of Representatives).  In addition, that introduction of a House version of the compact for a bill consideration rests with the Chairman of the Committee.

In this Democratic chess game is the potential fudge factor: The “Deadly Bishop.”

Rob Bishop can kill this thing right before it goes anywhere.  We must wait to find out whether “the Deadly Bishop’s” deadliness is for or against the compact.  In the meantime, Rep Ryan Zinke, R-MT, a possible Trump running-mate or cabinet member, and Sen. Steve Daines, R-MT have both “not yet indicated” where they stand on this: a complete orchiotomy of the Republican “leadership” of the State of Montana.The state law is being challenged in court with a fight also continuing at the federal level.  Here is why this is important, even though most of the U.S. is either oblivious or not comprehending the significance of what is happening here:

Because all authority comes from the barrel of a gun.

Understand, Readers, that the compact covers a huge region geographically.  The population it affects numbers in the hundreds of thousands, and is scant; however, the main objective is the grab of the water rights to enslave all of those who live in what is termed “The American Redoubt.”  Well, there is no doubt that the legislation, if passed will be used as a precedent to inflict such a crime upon the entire United States.

Zinke and Daines, the Republican leadership in Montana appear to be if not out rightly caving in, at the bare minimum complacent enough to allow this to progress.  As reflecting the wills of their constituents, they should be jumping up and down in disagreement to this infliction of a progressive agenda that is not the will of the people.  As Mel Gibson’s character Benjamin Martin eloquently phrased in “The Patriot” movie:

So very true.  All government, local, state, and federal have become infested with “misrepresentatives” who either are outright Progressive-Marxists following after a globalist agenda, or they are pseudo-conservatives that follow the “slant” and either vote with the globalists or permit it through complacency and inactivity.  The prime example is Olympia Snow R-ME, who was the teeny, tiny vote that allowed Obamacare to be opened on the Senate floor and “got the ball rolling” for the generation and growth of the monstrous octopus we now face each day.

Here we are, now, with an issue that promises, if legislated to drain several billion dollars from the entire United States and funnel it into a local property rights grab that sets precedence for it to be duplicated all across the country.  The problem lies in the fact that the people are not represented: their will is not reflected within the legislation that is passed into law.  The few rule the many, and there is no recourse, ad infinitum, while the citizens suffer.  The country is dismantled piece by piece and reformed into a globalist oligarchy that leaves no room for dissent and by color of law institutes slavery…and injustice…for all.