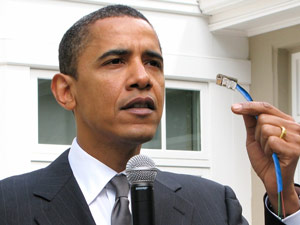 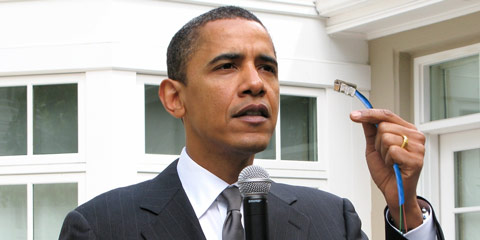 It should be obvious given the recent hacks against essential infrastructure that America faces a major cyber security threat from foreign governments and rogue organizations. In just the last few years it has been reported that hackers have infiltrated everything from critical physical components that manage water utilities to 23 orbiting spacecraft managed by the Jet Propulsion Laboratory. The problems have been highlighted by major cyber security firms like Symantec and McAfee.

The threat is real and the government knows it. In an open letter to her successor, outgoing Homeland Security Secretary Janet Napolitano warned that a massive attack against the U.S. power grid is imminent.

Notoriously known as “Big Sis” for her role at the Orwellian mega-agency, she claims the supposed ‘imminent’ event will pose challenges to all aspects of life, and make powering homes, providing food and facilitating transportation difficult. Napolitano seems so sure, one wonders how she knows that such a catastrophe is not only possible, but sure to happen, as she prepares to officially leave office September 6th.

The outgoing Homeland Security Secretary has a warning for her successor: A massive and “serious” cyber attack on the U.S. homeland is coming, and a natural disaster — the likes of which the nation has never seen — is also likely on its way.

But while private and public organizations should be working to secure their networks and prevent outside access to components that could bring down the grid, the question of how much involvement is required by the Federal government has now come to the forefront.

According to the Obama Administration’s latest move, it is apparent that they believe central control is the only solution.

As such, President Obama has issued a new Executive Order that, for all intents and purposes, cedes total control of the internet and domestic infrastructure to the U.S. government.

It’s business as usual in Washington. President Obama has just signed another Executive Order declaring a National Emergency to deal with cyber threats:

This new authority, yet another layer of government oversight, we are sure is for your own protection and in Obama’s words will “augment work to fight cyber threats.” All your internet is belong to us…

The national and economic security of the United States depends on the reliable functioning of the Nation’s critical infrastructure in the face of such threats. It is the policy of the United States to enhance the security and resilience of the Nation’s critical infrastructure and to maintain a cyber environment that encourages efficiency, innovation, and economic prosperity while promoting safety, security, business confidentiality, privacy, and civil liberties.

We can achieve these goals through a partnership with the owners and operators of critical infrastructure to improve cybersecurity information sharing and collaboratively develop and implement risk-based standards.

The new Executive Order will, among other things, give the government access to all infrastructure components that they deem critical to national security. That means everything from physical power grid components to virtual servers like your web hosting company.

So, basically everything that is connected to a network now falls under the control of the U.S. government. And whatever policy the government says needs to be followed will be followed.

The Cybersecurity Framework shall include a set of standards, methodologies, procedures, and processes that align policy, business, and technological approaches to address cyber risks.

The E.O. stops short of getting into certain policy specifics, especially regarding what to do in the event a cyber security attack to our critical infrastructure is identified, but given that the President has already reserved the right to shut down the internet using a kill switch as he deems necessary, we can take a pretty good guess at what would happen, and we’re fairly certain that this will soon be written into policy. Whether those regulations will be made available to the public remains unclear.

What we do know is that this executive order, combined with a previous action by Obama known as the Executive Doomsday Order, gives the President jurisdiction over not just the internet, but every resource in America, including your very person:

The latest executive order signed by President Obama on March 16, 2012 makes clear that in the event of a nationally deemed emergency all of these resources will fall under the authority of the United States government.

There is apparently a national emergency in America, and as we know, the politicians in D.C. can never let a good crisis go to waste.

Now all they need is another crisis, whether real or imagined, to implement what will be nothing short of martial law on the streets of America.