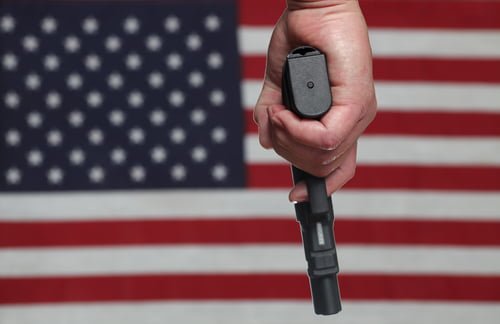 New York House Representative Carolyn Maloney has introduced a new bill that would force gun owners to have liability insurance or face fines of up to $10,000.

According to Maloney the stipulations in The Firearms Risk Protection Act would curb gun violence, much like car insurance has lowered vehicle fatalities because gun owners would be more careful.

“We require insurance to own a car, but no such requirement exists for guns,” Maloney said in a statement. “The results are clear: car fatalities have declined by 25 percent in the last decade, but gun fatalities continue to rise.”

“An insurance requirement would allow the free market to encourage cautious behavior and help save lives,” she said. “Adequate liability coverage would also ensure that the victims of gun violence are fairly compensated when crimes or accidents occur.”

They found that vehicle changes — including improved structural designs, the addition of safety features and an evolving mix of vehicle types — were the main source of declining risk from 1993 through 2006.

But common sense goes out the window with politicians, raising the question of whether a bill should be introduced requiring politicians to get liability insurance before entering their respective legislative houses before they do further damage to Americans’ Constitutionally enumerated natural rights.

Case in point: Rather than liability insurance to lower the rate of fatalities from criminal gun usage, Congress should look to the car industry for solutions. Improving the safety of citizens, for example, could be accomplished by giving them free access to body armor, as opposed to the nationwide ban proposed earlier this year.

But that would just make too much sense. So, akin to stopping global warming with increased taxes and carbon credits, which do nothing but enrich carbon exchange management firms operated by people like climate change spokesperson and internet creator Al Gore, if you are a politician, especially in the liberal state of New York, the only possible solution would be to make people pay more money for the privilege of providing for their own personal defense.

Apparently, the intent of the Founding Fathers for the Second Amendment has been misconstrued for years and should have read:

A well regulated Militia, being necessary to the security of a free State, the right of the people to keep and bear Arms, shall not be infringed, so long as they have a government issued permit, maintain an active trigger lock, do not carry it on their person unless authorized to do so by their State of residence, and can prove they possess an up to date liability insurance policy.

To suggest that gun owners are not already incentivized to be responsible with their firearms is ridiculous on its face, considering there are hundreds of laws on the books designed specifically for people who commit murder or even accidental manslaughter. The legal mechanisms for those acting criminally or negligently with a firearm already exist. If you kill or injure someone with malicious intent or by accident you face prison time and/or financial damages to be seized from your personal wealth to compensate victims.

At every turn and on every level anti-gun politicians are attempting to supplant the U.S. Constitution. They will use any excuse and take every opportunity – including but not limited to restrictions on popular ammunition and all out import bans on guns – in their effort to disarm the American people.