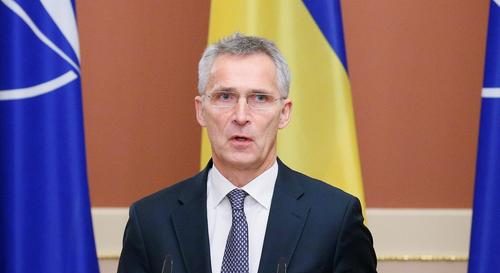 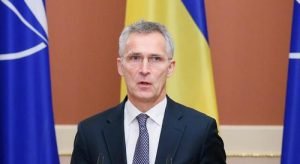 Just before Russia-NATO talks kick off in Geneva Monday, Secretary-General Jens Stoltenberg warned that if negotiations fail the Western military alliance stands ready for “a new armed conflict in Europe.”

He told Financial Times in a fresh interview, “I know the history of Russia. For centuries, they have experienced conflicts with their neighbors. But Russia has an alternative: to cooperate, to work with NATO.”

“It is possible to find together a path, a political path to follow, and also to respond to Russia’s concerns… but there is always a risk of conflict,” he said. “NATO deterrence is credible and strong… We must hope and work hard for the best, but prepare for the worst.”

Over the weekend there appeared pessimistic statements from Biden administration officials, seeming to walk back prior reports from last week that the White House could be prepared to offer Putin a reduction of US forces stationed in Eastern Europe.

The rhetoric ramped up by touting a US ‘option’ of imposing strict export controls on Russia. Such controls would involve curbs on sensitive technology and electronics, according to Reuters, in the scenario of Putin ordering an offensive into Ukraine. This would include, according to an official who spoke to Reuters, “measures to deprive Russia of microelectronics made with or based on U.S. software or technology.”

On Russia’s side, there remains the key demand that NATO make legal guarantees that it would no longer expand eastward and that prior verbal pledges made to Ukraine and Georgia for eventual NATO membership would be definitively rescinded.

Just hours before the talks on Monday, Stoltenberg addressed a news conference with Ukraine’s Deputy Prime Minister Olga Stefanishyna. “It is possible to make deals with Russia,” he said but cautioned that if there’s an eventual deal it’s more likely to be the result of a drawn-out negotiating process.