NASA Scientist: We Are Close To Finding Life On Mars, But The World Isn’t Prepared 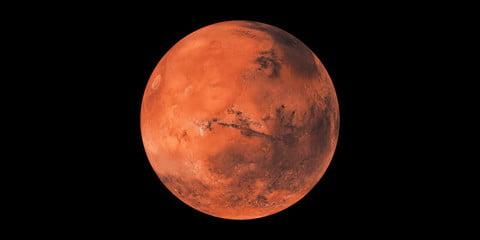 A NASA scientist is warning that the agency is getting close to finding life on Mars.  However, he doesn’t think the world is prepared for such a huge leap in this new way of “thinking.”

“It will start a whole new line of thinking. I don’t think we’re prepared for the results,” said Dr. Jim Green. Dr. Green believes that as two rovers from NASA and the European Space Agency (ESA) prepare to embark for Mars next summer, humanity could be overwhelmed by the implications of studies to come. “I’ve been worried about that because I think we’re close to finding it [life on Mars] and making some announcements,” he added.

Dr. Green, who is the director of NASA’s Planetary Science Division, compared the potential discoveries in Mars to Rennaissance-era astronomer Nicolaus Copernicus’ theory that postulated that the Earth revolves around the Sun, rather than vice-versa. The Copernican model, which is credited with revolutionizing science during the 16th century, earned him the condemnation of the Roman Catholic Church due to the model’s impact on the Church’s doctrines relating to astronomy, according to a report by The Mind Unleashed.

The ESA’s ExoMars Rover and NASA’s Mars 2020 are set to drill 6.5 feet into the Red Planet’s core to take samples in hopes of finding evidence of life on. The samples collected from Mars will be analyzed on Earth for organic matter.

The ESA #ExoMars #RosalindFranklin rover is assembled for testing before heading to #Mars in 2020! The bogies we designed + built are shown in a stowed configuration – meaning the legs & wheels on the bogies of the #rover are folded pretty compactly for launch/transit to Mars! pic.twitter.com/6xOa3P1JJS

The ESA’s ExoMars Rover and NASA’s Mars 2020 are set to drill 6.5 feet into the Red Planet’s core to take samples in hopes of finding evidence of life on. “What happens next is a whole new set of scientific questions. Is that life like us? How are we related? Can life move from planet-to-planet or do we have a spark and just the right environment and that spark generates life – like us or not like us – based on the chemical environment that it is in?” Green pondered.