NASA Is Either Covering Up UFOs Or Feeding The ‘Alien Hysteria’ 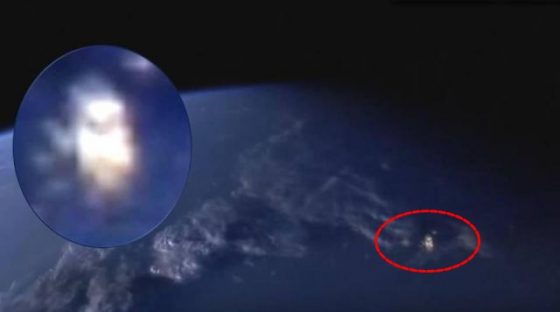 The International Space Station’s live feed caught a UFO on its video, and soon after, NASA cut the feed.  This has led many to believe that the government-run space agency is either covering up the existence of extraterrestrial intelligence or feeding the “alien hysteria.”

Joe Joseph of The Daily Sheeple feels that NASA could just enjoy “screwing with people.”  Which may be the case, but either way, the space agency is being disingenuous. “It’s tin foil hat time, folks!” says Joseph.

“There’s another situation where a mysterious object comes onto camera from the International Space Station and instantly *boop* live feed cut. How many times have we seen this? Over and over again. And let me tell ya, NASA, if there’s nothing to hide, why are you doing this cuz it’s only feeding “hysteria” and tin foil hattery.” Joseph declares.

We have to agree.  What other reason does NASA have to continue to cut the live feed? This isn’t the first instance in which the space agency has done this either.  There is also a video of a horseshoe-shaped UFO appearing over Earth’s horizon as the ISS moves around, and again, the live feed is cut.

“I do know that there’s been an unbelievable increase, as far as I can tell, of reported incidences of explosions, sonic booms, objects flying through the sky…going through the roof. But there is something very odd about this object,” Joseph says. “I wouldn’t necessarily say alien-related, I don’t think so, but it certainly doesn’t help when NASA cuts the live feed every time there’s something that the can’t explain.” Or maybe, NASA doesn’t want to explain.

Scott Brando, a UFO hoax investigator who runs ufoointerest.org, told Express.co.uk: “I think this is a reflection of sunlight through clouds.” If that’s the case, why bother cutting the live feed?

Every time there is something odd or different, NASA cuts the live feed.  “That speaks to concealment,” Joseph says. “That speaks to ‘we can’t explain it, so instead of trying to figure it out, we’re just gonna go and cut the feed. And then we’re not gonna say anything because we’re just gonna let the 72-hour news cycle take over and just *pfft* under the rug.’ Now, is there something going on? I don’t know. I can tell you though, this is how things like questioning the shape of the planet and all this kind of stuff comes up.”