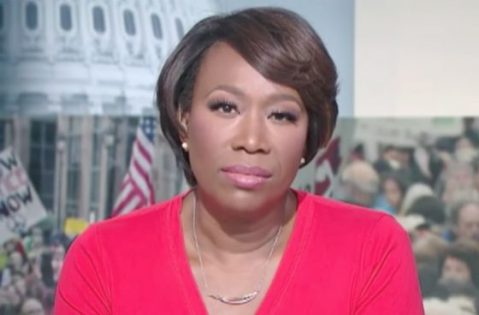 Another day, another example of the extreme anti-American sentiment running through parts of the Democratic Party as MSNBC’s Joy Reid not only attacked the president for using seemingly normal words such as church and family but also spent time directly shilling for the murderous illegal immigrant gang known as MS-13.

That’s right, not content with attacking the very idea of America, Reid used her on air time during the networks coverage of the State of the Union address to laughably claim that no one has ever heard of MS-13 unless they watch Fox News. Or, in other words, MS-13 isn’t actually a danger to Americans and should be left alone.

During MSNBC’s coverage of the State of the Union, Reid mocked the president’s remarks while analyzing the speech with “Hardball” host Chris Matthews.

Reid said Trump simply mentioned the deadly gang to accommodate the “audience he wants applause from.”

First off. In no way shape or form did President Trump say MS-13 was the “biggest” issue in America, that claim is all in the head of Reid and Reid alone. Secondly, MS-13 is incredibly dangerous and has killed an untold number of American citizens and people across the world. How someone could appear on television and seemingly defend them while attacking the American people is beyond me.

Amazingly, this shilling for MS-13 came around the same time that Reid was actually triggered by the president using words such as church and family.

While this seems insane to a normal person, it actually makes sense when you consider the anti-family agenda of the globalist world order.

Church … family … police … military … the national anthem … Trump trying to call on all the tropes of 1950s-era nationalism. The goal of this speech appears to be to force the normalization of Trump on the terms of the bygone era his supporters are nostalgic for. #SOTU

“This is not satire. I repeat this is not a satirical piece. Joy Reid was actually triggered and angered by the use of the words family, church, police, and military. If this is not direct proof of hardcore anti-American, pro-globalist sentiment I don’t know what is,” I reported at the time.

Yes, you read that right. Reid is literally upset that Trump used the words church, family, police, military and the national anthem during his address to lawmakers.

It was perhaps the most bizarre reaction of the night, and there was no shortage of competition.

Twitter users took Reid to task for her apparent unease with every day words and ‘American as apple pie’ concepts.

“No, Joy, the Left is so out of touch you don’t even recognize normal when you see it,” responded one.

It has become strikingly clear that hard-left deep state puppets such as Reid are becoming more and more bold in their anti-American proclamations at a time when the mainstream media has been willing to cheer on literally anyone that “stands against” Donald Trump.

One has to wonder how long it will take some Democrats, and, more importantly, independents, to realize that the Democratic Party of yesterday no longer exists and has been replaced by one that openly puts the needs of illegal immigrants in front of the American people?