More Than 80,000 Earthquakes Have Hit California Since July 4th, And The Aftershocks Are Headed “Toward The Garlock Fault” 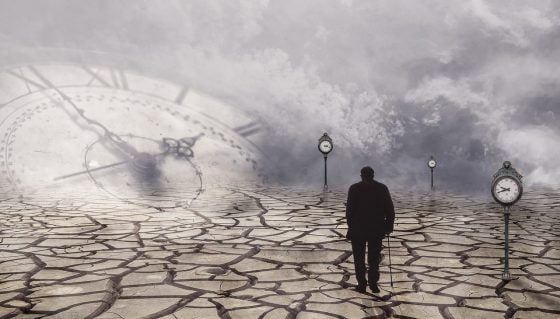 The recent seismic activity in the state of California has taken a strange turn.  According to the Los Angeles Times, there have been more than 80,000 earthquakes in the state since July 4th, and most of those quakes were aftershocks of the two very large events that hit the Ridgecrest area early in the month.

Over the past couple of weeks, however, a very unusual pattern has begun to emerge.  We have started to see aftershocks creep toward two of the largest fault lines in southern California, and this is making seismologists very nervous.  The fact that we are seeing aftershocks “approaching the Owens Valley fault” is definitely alarming, but of far more concern is the fact that the Ridgecrest aftershocks are also headed “toward the Garlock fault”.  The following comes from a local California news source…

According to a Los Angeles Times article, aftershocks of the magnitude 7.1 earthquake near Ridgecrest have been creeping into areas close to two major earthquake faults which is concerning for some seismologists on whether it could trigger another huge temblor.

“Some aftershocks have rumbled northwest of the Searles Valley earthquake, approaching the Owens Valley fault. That fault triggered an earthquakeof perhaps magnitude 7.8 or 7.9in 1872, one of the largest in California’s modern record,” the article explains. “The Ridgecrest aftershocks have also headed southeast toward the Garlock fault, a lesser-known fault capable of producing an earthquake of magnitude 8 or more. The fault along the northern edge of the Mojave Desert can send shaking south and west into Bakersfield and Ventura and Los Angeles counties.”

In the end, this could turn out to be nothing, but there are a couple of reasons why we want to keep a very close eye on the Garlock fault.

First of all, the Garlock fault is the second-largest fault line in the entire state of California, and it is a major threat to southern California.

If you are not familiar with the Garlock fault, the following is some basic information from Wikipedia…

The Garlock Fault marks the northern boundary of the area known as the Mojave Block, as well as the southern ends of the Sierra Nevada and the valleys of the westernmost Basin and Range province. Stretching for 250 kilometers (160 mi), it is the second-longest fault in California and one of the most prominent geological features in the southern part of the state.

The Garlock Fault runs from a junction with the San Andreas Faultin the Antelope Valley, eastward to a junction with the Death Valley Fault Zone in the eastern Mojave Desert. It is named after the historic mining town of Garlock, founded in 1894 by Eugene Garlock and now a ghost town.

So exactly what would a major quake along the Garlock fault look like?

A worst-case scenario would be a magnitude 7.7 earthquake that begins on the eastern end of the Garlock fault in eastern San Bernardino County and unlocks the fault to the southwest, bringing severe shaking to towns such as California City and Tehachapi; Edwards Air Force Base and Lancaster would see very strong shaking. Even Santa Clarita and the San Fernando Valley would see strong shaking, with much of the L.A. Basin and the San Gabriel Valley seeing moderate shaking — worse than what L.A. encountered last week.

No, that is definitely not a “worst-case scenario” for the Garlock fault, but without a doubt, a major quake along the fault would be far more destructive than the earthquakes that we just witnessed on July 4th and 5th.

We were told that those earthquakes “did not cause much damage”, but now we are learning that those quakes actually “caused an estimated $200 million in damage”…

The powerful earthquake that rocked California earlier this month caused an estimated $200 million in damage.

The cost of damage from the magnitude 7.1 earthquake that hit southeastern California on July 5 and foreshocks that came a day earlier was estimated by catastrophe modeling business Karen Clark & Company.

So if relatively minor earthquakes can cause that much economic damage, what would an earthquake 1,000 times more powerful do?

Because someday “the Big One” is going to hit the San Andreas fault, and it is going to release so much energy that the quakes that we witnessed this month won’t even be worth comparing to it.  In fact, if a magnitude 9.1 earthquake were to hit southern California, it would be exactly 1000 times more powerful than the magnitude 7.1 quake that happened back on July 5th.

And even though it isn’t likely, scientists did admit that the large earthquakes that happened earlier this month could trigger a quake on the San Andreas fault…

Scientists knew almost immediately that two large quakes that hit near Ridgecrest earlier this month did not come from the San Andreas. But ever since, they’ve been studying whether the quakes could cause more seismic activity from other faults — including the San Andreas nearly 100 miles away. A new calculation conducted in recent weeks at the U.S. Geological Survey showed that there’s an extremely remote chance the San Andreas could be triggered from the Ridgecrest quakes.

Hopefully, it will not happen any time soon, but seismologists assure us that it is only a matter of time before “the Big One” strikes California.  They have repeatedly warned us that the San Andreas fault is “locked and loaded” and that it has the potential to “unzip all at once”.  And when that day finally arrives, scientists have determined that the ground level could drop by up to 3 feet, and that would result in vast portions of southern California suddenly being covered by the Pacific Ocean.

We live at a time when our planet is becoming increasingly unstable, and we are witnessing major earthquakes and enormous volcanic eruptions all over the globe on a daily basis now.

For a long time, the United States had been spared, but on July 4th and 5th that suddenly changed.

Since that time, there have been more than 80,000 earthquakes in the state of California, and this is just the beginning of the shaking that is coming.

Michael Snyder is the author of Get Prepared Now!.

Are you and your family prepared for the greatest economic collapse that America has ever seen? Economic expert Michael Snyder of The Economic Collapse Blog and Barbara Fix, author of Survival: Prepare Before Disaster Strikes, address the whys and the hows of getting prepared for the coming crisis in their new book. Topics include looming economic collapse, Ebola, drought and increasing weather-related disasters, our extremely vulnerable power grid, civil unrest, and practical steps for storing food and supplies that you will need. Get Prepared Now! walks readers through survival in a short-term or protracted crisis whether in the city or the country with budget-friendly advice. – Get Prepared Now!: Why A Great Crisis Is Coming & How You Can Survive It