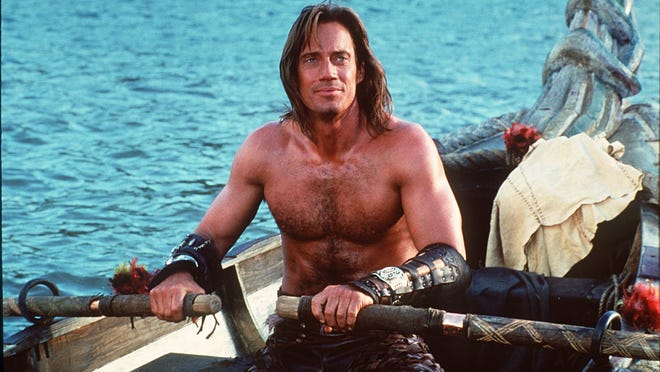 Actor Kevin Sorbo, most famous for his role as Hercules in the long-running TV series, has had his account removed from Facebook.  Sorbo’s “crime” against the social media giant was his refusal to toe the line and promote the official narrative of the ruling class.

It was not immediately clear why the tech giant took such drastic action against Sorbo, who has courted controversy for doubting the effectiveness of masks amid the Covid-19 pandemic, as well as for his unwavering support of ex-president Donald Trump after the Capitol riot, according to a report by RT.

I have created a new page, spread the word!https://t.co/qQEfUEXjU0

Censorship is to society as cancer is to the human body. It’s past time for people to wake up to what’s going on.  The ruling class is making it obvious now, and most just sit back and watch refusing to make waves. Many of the slaves in the United States are cheering the silencing of voices with which they disagree.  What a bunch of perfect useful idiots.

Gina Carano is not blacklisted. She has a long career ahead of her acting with Dean Cain and Kevin Sorbo.

Since the start of the pandemic, Sorbo gained prominence as a vocal opponent of mask-wearing. In a recent Twitter post, he referred to the requirement to put on masks during the Super Bowl as a “political message”, and has accompanied several of his posts with a hashtag #MasksOffAmerica.

Good for Bruce. Millions are with you, sir. Masks off!

Live Free Or Die Hard: Bruce Willis Under Fire From Covid Karens For Not Wearing A Mask https://t.co/LmNkJNQD0d via Not the Bee#Trump2020 #BidenHarris2020 #police #politics #BruceWillis #masks

This agenda is an obvious one. Be a willing slave, or be an unwilling one. Either way, you end up as a slave. Well, that’s not the decision many will make and the more accounts get deleted, the more people will begin to open their eyes. The silver lining is that people are starting to see big tech and the government as they truly are (enforcers of the masters).  The bad news is this is happening really slowly, meaning humanity will probably have to suffer under the yolk of tyranny for at least a few more years before enough wake-up.

Facebook has already promised that they will censor anyone who questions the ruling class and those who think they have the right to own other human beings.  Have we had enough yet?