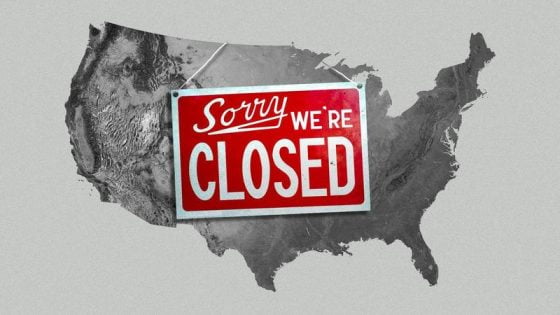 An intelligence report conducted by private analysts and presented to the US Senate intelligence committee suggests that there may have been a “hazardous event” at the Wuhan Institute of Virology between October 6 and 11, during which time roadblocks were put in place to prevent traffic from coming to the facility, according to the report obtained by NBC News.

The 24-page report includes an analysis of phone data from around the institute, including a pattern analysis of devices that frequent the WIV, show no mobile phone activity from October 7 to 24.

The analysis shows that device traffic “in and around the WIV in the months prior to October was consistent,” but that “Beginning on October 11th, there was a substantial decrease in activity,” suggesting that the ‘window for incident’ was October 6th – 11th.

“During this time, it is believed that roadblocks were put in place to prevent traffic from coming near the facility.”

That said, NBC‘s anonymous government expert has urged caution, suggesting that the report may rely on limited commercially available mobile phone data, and that there could be any number of reasons why no activity was detected during the period in question.

Sen. Marco Rubio (R-FL), who sits on the Senate Intelligence Committee (presumably following their briefing), tweeted on May 6: “Would be interesting if someone analyzed commercial telemetry data at & near Wuhan lab from Oct-Dec 2019,” adding “If it shows dramatic drop off in activity compared to previous 18 months it would be a strong indication of an incident at lab & of when it happened.”

If it shows dramatic drop off in activity compared to previous 18 months it would be a strong indication of an incident at lab & of when it happened https://t.co/7DQh8F6DXg

According to the report, the first cases of the novel coronavirus were reported at the end of December, however a new paper from five infectious-disease researchers in China reports that Chinese social media platform WeChat searches for “SARS” , “Coronavirus” , “shortness of breath” , “dyspnea” , and “Diarrhea” began to spike on November 17 – suggesting that COVID-19 was circulating in China weeks before the first cases were officially diagnosed and reported.

NBC News provides the following body of evidence commonly referenced by those who suspect COVID-19 escaped from the WIV:

Read the mobile phone analysis below (via NBC):