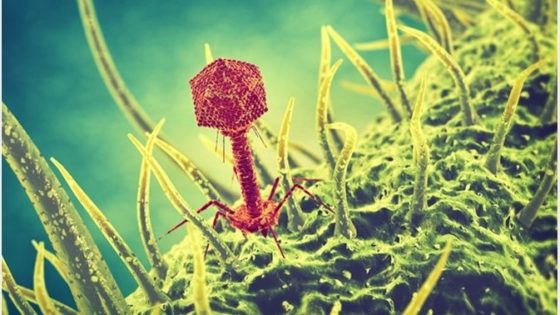 Scientists working for the Massachusetts Institute of Technology are using a biological virus to help computers work much faster. When your computer stores data, it has to pause while the information moves from one piece of hardware to another, but apparently, this virus will stop that delay.

Using a virus called the M13 bacteriophage to manufacture a specific component may unlock phase-change memory systems, a type of digital storage that would speed up any computer using it, according to research published last month in the journal ACS Applied Nano Materials.

The problem these viruses solve comes from the way memory is transferred within a computer. Moving data from high-speed but transient RAM to permanent storage on a hard drive can sometimes take a computer several milliseconds.

Replacing that two-part memory system with a single, catch-all type of storage called phase-change memory would reduce that delay to about ten nanoseconds.

Using a virus to pull the pieces of gallium antimonide together into usable wires, however, kept the temperature much lower, according to the research. -Science Alert

Apparently, if this research will find its way into computers that we all use, those lost milliseconds will no longer be a concern. The introduction to the research paper states: “The ever-increasing demand for faster and more efficient computers has driven the widespread search for next-generation optoelectronic, photonic, or electronic memory devices that can rapidly process and store information. This search has been not just about exploring new methods to construct smaller or stackable systems but also about discovering novel materials or structures to integrate more devices (or perform multiple computations) on a single chip.”

M13 Bacteriophage is a helical virus that specifically attacks bacteria destroying it.