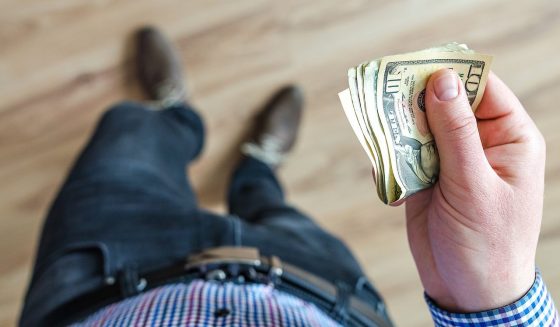 If the consensus of experts misunderstand money, credit, and prosperity, how are we going to advance?

Describing all the ways experts got it wrong is a thriving cottage industry. Expertise is itself contentious, as conventional expertise legitimized by credentials, prestigious institutional positions, scholarship, prizes, etc. can be wielded to promote the interests of the expert or whoever is funding the expert.

Another segment of experts are self-proclaimed, essentially substituting an air of confidence in their own projections for actual expertise.

Yet another segment of experts are lightweights with a misleading veneer of legitimacy to cloak their real identity as paid shills for corporations or other self-interested parties. Ph.D., anyone? Just put that Ph.D. after your name and then pontificate about subjects completely outside your field.

Then there’s the data, easily manipulated statistically to prove whatever is profitable to interested parties. Ibogaine improves sex, reverses aging, and correlates to rising wealth–amazing! Buried on page 19 of the report: Research funded by the Ibogaine Industry. Nicely played, Ibogaine Industry.

But if we set aside all the expertise delegitimized by self-interest, we’re left with profound misunderstandings of how the world actually works. Consider the big issues of war, money, and prosperity.

Looking back on 2022, it’s impossible to overlook the consensus of experts that expected Russia’s quantitative superiority in tanks, aircraft, and personnel to be decisive in its invasion of Ukraine. Nearly a year later, it’s clear the rapid victory the vast majority of military experts anticipated did not play out. The vast majority got it wrong, and not because Russian forces were defeated as much as Russian forces failed to execute the complex coordinated attack as intended.

The primary misunderstanding here, as in every war, is that difficult-to-measure qualitative factors matter more than raw numbers on a page. Numbers on a page don’t actually fight wars. War is not decided by addition and subtraction: the force with 1,000 tanks doesn’t defeat the force with 800 tanks just because they have 200 more tanks. There is much more going on in war, including training, unit cohesion, leadership, command and control, integrated intelligence, coordination of forces, tactical and strategic superiority, and the will of the domestic populace.

Touting the decisive impact of a new super-weapon is easy to do but misleading, as one new weapon can’t be decisive until long chains of preconditions are in place: personnel have been trained to use the new weapon, including extensive live-fire exercises; the spare parts and maintenance training to support the new weapons are in place and forward-deployed; targeting is integrated with intelligence data, and so on, in a mind-numbingly complex linkage of critical dependency chains: if one link is missing in any chain, the system fails to be decisive.

Asymmetric warfare has a nice ring, but asymmetry works both ways. Asymmetric warfare calls to mind scrappy rebels beating the conventionally superior forces, and that is one facet of so-called unconventional warfare. (The Hessian mercenaries hired by the British in the Revolutionary War complained bitterly about the cowardly, ill-trained Americans taking potshots from the treeline instead of forming up tidy lines of battle in open fields.)

Superior capabilities can offer asymmetric advantages, too. Training, unit cohesion, integrated intelligence, creative use of existing weaponry, ad-hoc improvements in armor and tactics–these become decisive despite the intrinsic imprecision of measuring these advantages.

As for money, isn’t it possible that the vast majority of experts misunderstand money and credit? For example, a great many commentators claim that returning to a gold standard would solve virtually all the problems plaguing the global financial system without considering why the gold standard was abandoned piecemeal in the 20th century. Every policy and system has trade-offs, and the trade-offs change as conditions change.

The Real Story of America Abandoning the Gold Standard (August 18, 2022)

The Changing Relationship between Trade and America’s Gold Reserves (2020)

As for credit, its history stretches back thousands of years. It has its own trade-offs, and the trade-offs change as conditions change.

This is of course completely wrong. Prosperity arises from the distribution of resources becoming more equal (as opposed to more unequal) and the improvement of productivity, i.e. producing more well-being with fewer inputs (resources, capital, and labor). 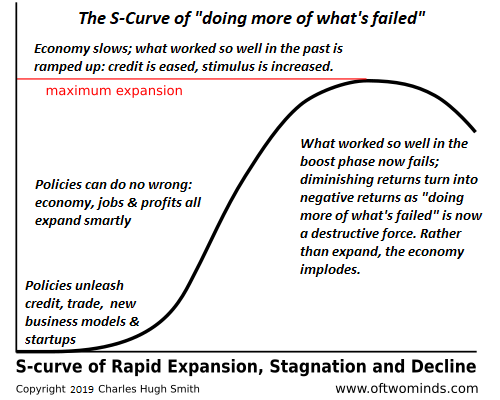