This article was originally published by James Corbett at Corbett Report.

EDITOR’S NOTE: Corbett was one of the only real voluntaryists left on YouTube until now. The ruling class obviously doesn’t want morality to succeed in the human consciousness, because once it does, their power over others will be gone as the public will see the immorality of the existence of any control structure. 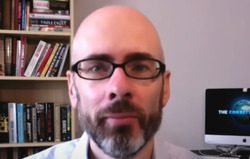 I posted Episode 398 of The Corbett Report podcast, “Science Says,” around 10 PM Japanese Standard Time on Friday, April 9th, 2021, and then went to bed. Sometime shortly after midnight, the main Corbett Report channel was removed from YouTube.

Indeed, it was not surprising in any sense that this was the report that led to GooTube purging my main channel. When you release a video on an account that already has two strikes for information that “contradicts the World Health Organization (WHO) or local health authorities’ medical information about COVID-19” and that video itself contains information calling those very authorities’ pronouncements into question, you better believe the thought that this might be your last YouTube upload crosses your mind when you push that publish button. Heck, the “offending” podcast even centers around an op-ed comparing COVID skeptics to terrorists and calling for the UN to mount a “counteroffensive” against them. Of course, this video was going to be censored.

What’s more, this had been a particularly difficult report to post in the first place. After rendering and uploading to GooTube, the GooTube  copyright check flagged the 30-second clip of “Bill Nye Saves the World” embedded in my commentary on The Weaponization of Science and refused to post the video. So I had to cut the offending 30 seconds (specifically, the extremely scientific video for Rachel Bloom’s highly educational song, “My Sex Junk,” which can still be enjoyed in the audio version of the podcast), re-render the episode, and re-upload it. Then, after that video processed, I performed one quick check before hitting “publish” and noted that the fancy transitions that Corbett Report video editor Broc West had used for this episode (which had worked perfectly fine in the previous two renders) were now suddenly glitching. Banging my head on the keyboard in dismay, I went back into the project, manually changed all of the transitions, and rendered and uploaded the entire episode for the third time.

And in the span of those three renders, my initial excitement at the prospect that I would actually get a podcast episode rendered, uploaded, and published before 5 PM on a Friday night evaporated. Venting my spleen at Broc over my bad luck, I made the obvious “joke”: 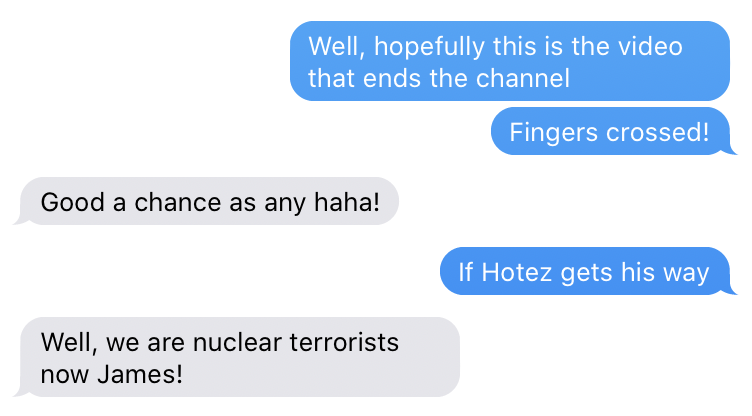 So, as you can see, this turn of events was not unexpected.

In a sense, it’s even more fitting that it was specifically a video about the philosophy of science that ended the channel. Not a documentary about the central banking system. Not an expose of false flag terrorism. Not a hard-hitting report on geopolitics or hidden history. No, a podcast about science that quotes Thomas Kuhn and highlights the growing politicization of science.

I say it’s “fitting” that such a report would be the one to do in the channel not only because I have been exploring this theme over and over in different ways since the very earliest days of The Corbett Report (since at least Episode 006 of the podcast, to be precise), but because in a sense the removal of The Corbett Report’s YouTube channel provides the ironically hilarious answer to a question that I had as a bright-eyed, bushy-tailed and naive undergrad over two decades ago.

You see, as I explained at the beginning of The Weaponization of Science video, I began my university career as an aspiring physics major. But after a semester spent in chemistry labs, applied mathematics courses, and physics tutorials, I decided one day that I wanted to take my life in a completely different direction. So I dropped all my science courses for the upcoming semester and replaced them with English courses.

As one of the very, very few scientifically inclined students in the entire English department, I found that I was particularly on guard against all the eye-rollingly ignorant ways that those in the humanities attempted to add gravitas to their arguments by shoehorning inaccurate analogies about poorly understood scientific concepts (like “relativity” and “quantum mechanics”) into their lectures and papers. And so it was that I found myself approaching one professor during his office hours after he made a remark about how science was “politically determined.”

“How can science be politically determined?” I demanded of him indignantly. “If I drop this tape dispenser off your desk it’s going to fall at 9.81 m/s2 regardless of who is in political office.”

My professor, for his part, had only to prompt me to consider the inquisition’s investigation of Galileo for me to realize his point. Yes, scientists can be intimidated into proclaiming whatever the authorities—political, religious, or otherwise—tell them to proclaim, even if it goes against their experimental results. The Galileo example may have been a particularly blunt one (and may or may not be apocryphal), but it hit the mark.

I never forgot that lesson. It is part of what has informed my work on the various pseudoscience fads, trends and hoaxes that have been foisted on the masses over the preceding century, from eugenics to Malthusian fearmongering to the catastrophic anthropogenic climate change myth.

Fast forward 20+ years and here I am daring to point out how the neo-inquisitionists are purging all criticism of their pseudoscientific pronouncements and . . . poof. Channel gone. Which kind of proves my point, doesn’t it?

Now, as I do not need to tell my regular audience, none of the videos are actually gone. Every single video has been backed up to LBRY. Years’ worth of videos are also backed up to BitChute, and, to a lesser extent, Minds and Archive.org. Every video since 2011 is downloadable directly from my servers. But if you don’t know that by this point, perhaps you’re not really ready to follow The Corbett Report into the Brave New (post-YouTube) Internet. Newsflash: this is 2021. If you’re still using YouTube to get your news, history, and political information then you’ve got bigger problems than just the loss of The Corbett Report.

I’ve said it before and I’ll say it again: the “infowar” is not an analogy but a stone-cold sober reality, and the fact that The Corbett Report was able to use a major enemy information platform to propagate the truth to the slumbering masses for 14 years is a major victory in and of itself.

So long, GooTube. Thanks for helping me to unlock so many minds. You will not be missed.