Millions Try to Sign Up For Free Health Care: “This Demand Exceeds Anything We Expected” 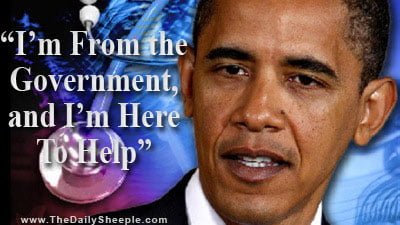 For over three years, since the passage of the Patient Protection and Affordable Care Act, the Obama administration has spent considerable time and effort convincing Americans that they would be given “free health care”, despite the fact that this very statement was quietly removed from the Healthcare.gov web site last week.

The President and supporters of his legislation used the notion that all health care would soon be “free” as a selling point to the masses. They ran television commercials, hired on special market exchange “navigators” to help people get signed up, and made huge push to get Americans on board with the new regulations.

When insurance health exchanges finally opened to an anxious public on October 1  they were plagued with glitches. So much so that Healthcare.gov and the many web sites that depend on its backbone to get applicants signed up were left paralyzed. 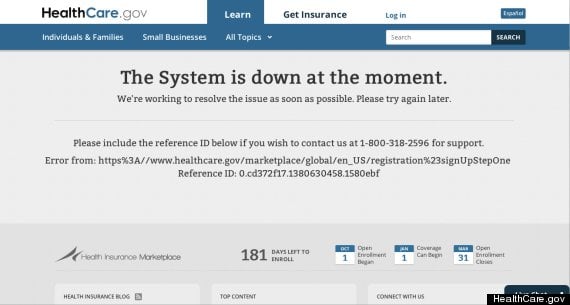 President Obama was forced to acknowledge the widespread failures in a speech on Tuesday:

“This demand exceeds anything we expected”

“That gives you a sense of how important this is to millions of people around the country.”

There’s no doubt that health insurance is important to millions of Americans, as the President suggested.

Now it is more important than ever, because millions of Americans are being dropped from their employers’ health plans due to the extreme cost increases being placed on businesses, which has left many with no choice but to seek insurance options from the exchanges.

That, coupled with the fact that those who don’t sign up during the application window will not be able to acquire health care benefits until next year when the next application window becomes available has increased the sense of urgency among many.

And, of course, there’s the fact that the US Supreme Court has ruled that the (un)Affordable Care Act is a “tax,” and therefore compulsory under Federal law, which means that every single American citizen now has a gun to their head forcing them to either get coverage or face stiff penalties over the next decade.

But President Obama claims that this demand exceeds anything he expected?

The kicker is, that not only are working Americans being forced to pay up to quadruple their pre-Obamacare rates for their health insurance (an average increase of over $7,000 for a family of four), but that the electronic records system implemented by the government is prone to cyber attacks.

In fact, you don’t even have to be a hacker to gain access to the system! Over 2,400 private exchange records were compromised just today as a result of an un-encrypted spreadsheet being sent over email to numerous recipients – and the system isn’t even live yet!

Thus, not only is the system already incapable of handling the demands of the public,  but it is so chock-full of gaping security holes so serious that in the very near future your doctor could potentially kill you with the push of a button.

This is the idiocracy we are now forced to live in.

Welcome to the new America… A fundamentally transformed America.