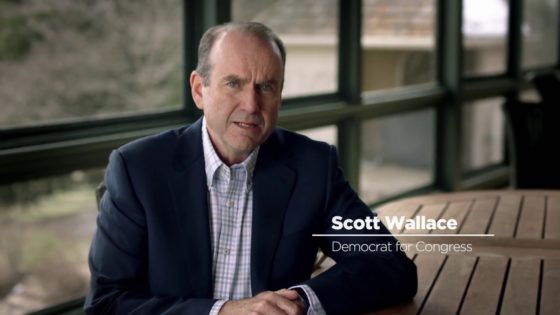 A democrat congressional candidate in Pennsylvania has desires to tax parents who have more than two children as “irresponsible breeders.”  Scott Wallace is a population control zealot who has donated over $7 million to population control groups.

Wallace is also supported and endorsed by both Planned Parenthood and NOW (National Organization for Women). According to The Daily Wire, Wallace,  a millionaire and democrat who believes in taxing families with more than two kids for being privileged, also believes that the tax would be on “the privilege of irresponsible breeding.”

Wallace’s fund (Wallace Global Fund) also gave $20,000 to the Center for the Advancement of the Steady State Economy (CASSE) in 2010. CASSE is an environmentalist group that sees economic growth as undesirable. The group supports an economy with “stable or mildly fluctuating levels” and a society with equal birth and death rates. CASSE calls this stagnant state of affairs “maturing.” CASSE still supports zero population growth and executive board member Herman Daly has pushed for reproduction licenses (permission from the government to have children). This bureaucratic control over birth would allow women to have only two children unless they buy the license for more children from other women who do not reproduce. Daly called this program the “best plan yet offered” to limit population growth.

If you’ve ever wondered how close we are to totalitarianism, you no longer have to.  It’s right around the corner. Abortion and population control movements can be traced back to the horrific racism of the early eugenics movement, where activists like Margaret Sanger called for more babies for the “fit” and less for the “unfit.”