Millennials are Flocking to CBD For Anxiety Relief 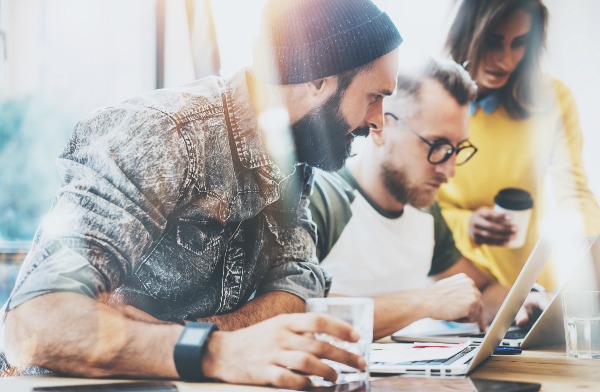 The article was originally published at Ready Nutrition.

There has been a huge surge in CBD oil sales from Millennials.

With this generation being dubbed “the most anxious,” they are often the butt of jokes stemming around being entitled, emotionally fragile, and lazy; but perhaps older generations have jumped to conclusions considering what the pressures Millennials are under.

Recent surveys and studies have found that anxiety is a common challenge for many – and Millennials, in particular, are struggling. Unemployment, financial obligations like student debt, and addictions to technology are some of the surmounting issues causing anxiety in this age group. In fact, this generation is experiencing so much anxiety that in a poll conducted by Quartz found that 18% of the respondents overall said they experience anxiety or depression to the point where it disrupts work “all the time” or “often.” The rate was nearly twice as high (30%) among Millennial and Gen Z employees (aged 18-34.)

Why are young adults so anxious?

There’s ballooning student debt, for which a job in the gig economy is not particularly well-suited to tackle. So-called helicopter parents, some suggested, have taught middle-class millennials that achieving, not simply being, is all that matters. And millennials are the first generation to grow up with sophisticated mobile technology, and a fierce social-media habit. They’re therefore less nourished, so to speak, by face-to-face interactions, which can alleviate some of the symptoms of stress and depression, psychological research suggests. Meanwhile, all the selfie-posting leaves millennial psyches soaking in humble brags, showboating, and deceptive depictions of other peoples’ picture-perfect lives.

Perfectionism is another factor, according to a report from the American Psychological Association. Last year, the organization found that recent generations of college students have reported higher levels of perfectionism than earlier generations.

From the Chicago Tribune:

This “irrational desire to achieve along with being overly critical of oneself and others” takes a toll on young people’s mental health, according to its research, which analyzed data from more than 40,000 American, Canadian and British college students. Three types of perfectionism were measured: an irrational personal desire to be perfect, perceiving excessive expectations from others and placing unrealistic standards on others.

Recent generations of college students have reported significantly higher scores for each of these types of perfectionism than earlier generations, the researchers found.

Researchers have also found that social media adds comparison pressure, along with the drive to earn money and set lofty career goals.

Many different types of medications are used to treat anxiety disorders, including traditional anti-anxiety drugs such as benzodiazepines (typically prescribed for short-term use), and SSRI antidepressants (often used long-term). Common examples of benzodiazepines include alprazolam (Xanax), diazepam (Valium), and lorazepam (Ativan).

There are many questions about the long-term effectiveness of these medications. HelpGuide explains that “According to the American Academy of Family Physicians, benzodiazepines lose their therapeutic anti-anxiety effect after 4 to 6 months of regular use. And a recent analysis reported in JAMA Psychiatry found that the effectiveness of SSRIs in treating anxiety has been overestimated, and in some cases is no better than placebo.”

These drugs come with serious possible side effects and safety concerns – some of which are significant. Common side effects include drowsiness, sleepiness, next-day drowsiness, dizziness, impaired coordination, slowed mental processing, confusion, and memory impairment.

Benzodiazepines have a high potential for abuse, addiction, and diversion (illegally selling the drug).

Physical and psychological dependence on benzodiazepines can occur even after short-term use. Withdrawal symptoms can be intense and serious and include sleep disturbances, elevated anxiety, blurred vision, panic attacks, nausea, vomiting, tremors, seizures, psychosis, and hallucinations.

If you are taking a benzodiazepine drug regularly, talk to your doctor before you stop taking it. If you suddenly stop taking the drug without tapering under a medical practitioner’s care, serious side effects – and even death – can occur.

Most prescription drug-related media coverage in recent years has been about the opioid crisis, but as Vice reported last year, it isn’t the only medication that is causing serious problems:

A recent study published in JAMA Network Open found that the number of regular American doctor visits resulting in a benzodiazepine prescription doubled between 2003 and 2015. Meanwhile, the National Institute on Drug Abuse has highlighted that more than 30 percent of opioid overdose deaths involve mixing opioids with benzos, and US overdoses associated with benzodiazepines—the vast majority of which also involve an opioid—grew by a factor of about ten between 1999 and 2017.

Also mentioned in Vice’s report: “…benzo withdrawal can kill on its own by causing seizures”, and “benzodiazepine withdrawal can last months or even years in some cases—and if tapers aren’t conducted slowly and carefully, people’s ability to function at home and at work can be destroyed.”

With the side effects of these prescriptions, it’s no wonder people are turning to more natural ways of handling some of their mental health challenges.

Like their elders, Millennials and those in Generation Z are turning to safe, non-habit forming solutions for managing anxiety.

Interest in cannabidiol (commonly known as “CBD”) is growing for a wide range of health challenges. Is it possible CBD could replace pharmaceutical drugs in the treatment of anxiety?

It seems possible because a growing body of research suggests CBD has powerful anti-anxiety properties.

According to a survey published in Cannabis and Cannabinoid Research in 2018, almost 62 percent of cannabidiol users reported that they used CBD to treat a medical condition, with the top three conditions being pain, anxiety, and depression.

Because research is still in its early stages, scientists aren’t quite sure how CBD oil might help treat anxiety. Some research suggests that in addition to working via the endocannabinoid system, CBD may influence receptors involved in the modulation of serotonin (a chemical messenger thought to play a role in anxiety regulation).

A 2015 research review titled Cannabidiol as a Potential Treatment for Anxiety Disorders published in The Journal of the American Society for Experimental NeuroTherapeutics found that “existing preclinical evidence strongly supports CBD as a treatment for generalized anxiety disorder, panic disorder, social anxiety disorder, obsessive-compulsive disorder, and post-traumatic stress disorder when administered acutely” and concluded that “current evidence indicates CBD has considerable potential as a treatment for multiple anxiety disorders, with the need for further study of chronic and therapeutic effects in relevant clinical populations.”

A recent report from Healthline described how CBD may help those with anxiety:

CBD oil is thought to work with a brain receptor called CB1. Receptors are tiny proteins attached to your cells that receive chemical signals from different stimuli and help your cells respond.

The exact way CBD affects CB1 is not fully understood. However, it’s thought that it alters serotonin signals. Serotonin is one of your body’s chemicals and plays a role in your mental health. Low serotonin levels are common in depression. Not having enough serotonin can also cause anxiety in some people.

The conventional treatment for low serotonin is prescription selective serotonin reuptake inhibitors (SSRIs). Zoloft and Prozac are both SSRIs. CBD, for some people, may be an alternative to SSRIs for anxiety management. However, you should talk to your doctor before making changes to your treatment plan.

CBD is safe, non-intoxicating, and non-addictive. It is usually well-tolerated, but it can interfere with certain medications. Please consult with your healthcare provider if you are taking prescription drugs and would like to take CBD.

For more on CBD, please see Dispelling the Myths: Baby Boomers Still Aren’t Sure About This New CBD Craze and CBD Oil Is More Than Just A Fad: Holistic Vets Effectively Use It On Dogs.

*This article is for informational purposes only. It is not meant to treat, cure, or diagnose any disease, illness, or any other ailment.