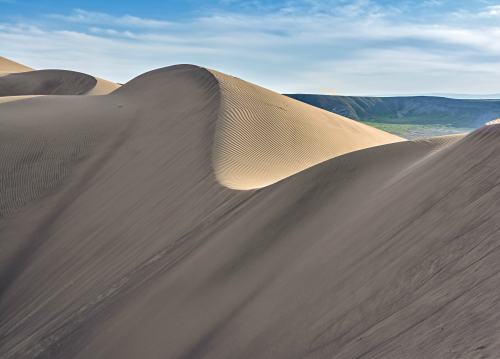 Everyone wants to live in a clean environment that is free of pollution and excessive degradation. It’s normal to want to live beside pristine forests and seas, and not have to worry about being poisoned by contaminants in the air, soil, and water. As humans we don’t always succeed in making our world clean, but it’s worth striving for.

Where problems arise in this effort, is when environmentalism forgets its priorities. Hardcore environmentalists have a habit valuing the natural world more than the humans who inhabit it. In some cases they promote ideas that are downright anti-human, like population control. They honestly don’t seem to think that it’s possible to support humanity and the environment at the same time. One must always thrive at the expense of the other.

And that attitude produces outrageous results when its adopted by the government. When the government decides that your life and property aren’t as important as the environment that surrounds it, look out. There’s a good chance that you’re going to lose everything.

That’s what a family in near Lake Michigan learned recently, when they tried to remove sand from an 80ft dune that threatens to destroy their house.

The Department of Environmental Quality has ordered the Dressler family to stop the use of trucks to move sand away from the dune as it creeps closer to their cottage in Silver Lake, according to the Detroit Free Press.

The state says that the sand in question is designated as a critical dune, thus requiring special permits to remove.

‘They’re killing us,’ said David Dressler, 58, the property owner who has been denied permission to remove the sand.

‘I’m so pissed off right now, I’m beyond words.’

And this isn’t the first time that a home has been threatened by the sand dunes in that area. The Dressler family owned a second home that was enveloped by a sand dune earlier this year. So it’s no surprise that the Dresslers believe that the state of Michigan is violating their property rights by refusing to let them protect their home.

‘It’s absolutely pathetic that they can take my rights away from me,’ Dressler said.

‘That has got to be against the law.’

Dressler and her husband said they were able to push back smaller and less active sand dunes near their cottages for about 20 years. But the last two years have been different.

Experts believe that the prevailing wind direction has changed in the past two years, driving the sand dunes towards the direction of the homes.

Wind direction, the amount of sand available and the absence of vegetation all contribute to the movement of the sand dunes, said Alan Arbogast, a professor and chairman of Michigan State University’s Geography Department.

The future of the Dressler’s property looks bleak. The state claims that they can ask for a special permit to remove the sand, but it’s likely that they won’t be allowed to remove much of it. The sands are protected and have been given a “critical status” by the government.

And that’s why the Michigan state government is willing to let this valuable home be destroyed. Because apparently, a giant pile of sand is critical to the environment, and is more important than the humans who live near it.