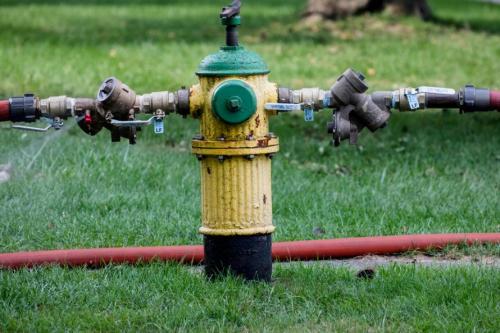 The declaration was made by Lt. Gov. Brian Calley (R), several days after the toxic compound was found in the water supply of Parchment and Cooper Township.

“This declaration will allow the state to supply additional resources to help with response efforts and ensure the health and safety of residents in Parchment and Cooper Township,” Calley said in a statement, adding “This helps make sure that every resource that is possible is on the table and that we can work as expeditiously together as we possibly can.”

“State and local officials and members of the community have been working in full partnership to ensure people in the area have safe water in the short, medium and long term,” Calley said.

Officials detected a concentration of 1,587 parts per trillion of PFAS substances, while the EPA’s maximum recommended dose is 70 parts per trillion. Recent research by the Agency for Toxic Substances and Disease Registry, however, suggests that single-digit levels of the compounds can cause health problems, reports The Hill.

Crews from Kalamazoo are currently working to flush Parchment’s water lines, which may stir up sediment and discolor the water – which residents are advised not to drink. In the meantime, officials are distributing water at Parchment High School.

PFAS compounds can be found in food packaging, commercial household products – especially those with Teflon and other nonstick surfaces. They are an emerging public health threat across Michigan – having contaminated the water supplies of over 20 communities across the state.

If humans,  or animals, ingest PFAS (by eating or drinking food or water than contain PFAS), the PFAS are absorbed, and can accumulate in the body. PFAS stay in the human body for long periods of time. As a result, as people get exposed to PFAS from different sources over time, the level of PFAS in their bodies may increase to the point where they suffer from adverse health effects.

Studies indicate that PFOA and PFOS can cause reproductive and developmental, liver and kidney, and immunological effects in laboratory animals. Both chemicals have caused tumors in animal studies. –EPA.gov

A 2013 analysis of data collected in 2007 found that around 20% of US water supplies contain PFOA, a more dangerous form of PFAS, while 28% of water supplies have some form of contaminant in the perflourinated compound family according to Quartz.

Research also suggests that the toxins harm human health at much lower levels than the EPA threshold. According to David Andrews, a senior scientist at the Environmental Working Group, there is debate in the toxicology community as to whether, like lead, there is actually no safe level of exposure, particularly in children who can accumulate more of it than adults and where some studies have suggested an association with behavioral and developmental problems.

PFOA is not currently regulated by the EPA, so state or local governments aren’t required to test for them. The EPA does set a recommended maximum exposure level for PFOA at 70 parts per trillion. But it’s nonbinding: states can choose to comply or not. In New Jersey, the local environment department has set the “acceptable” level at 14 ppt, the most stringent in the country (there is a lot of PFOA in New Jersey’s drinking water—the Environmental Working Group calculated the EPA’s testing method would have missed 75% of the contamination in that state). –Quartz