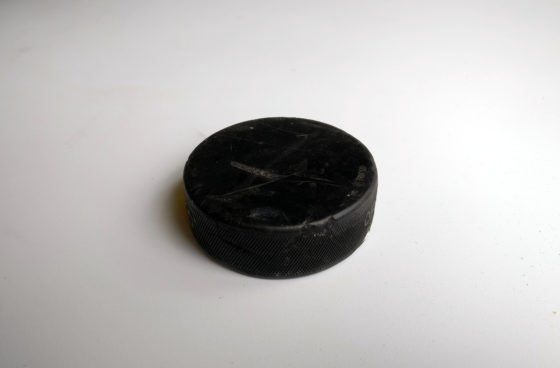 Would-be mass shooters beware: Faculty and students at Oakland University in Michigan are going to be ready to fight back, should you target their school.

University police are reportedly training faculty at the college to fight gunmen in their classrooms with an unlikely weapon: hockey pucks.

Who came up with this idea?

The idea of using the quirky self-defense tool grew out of a training session Police Chief Mark Gordon led in March for faculty members on what they should do if a gunman enters their classroom.

A participant asked what people could bring to campus to be better prepared in case they need to fight back. The university has a no-weapons policy.

Gordon’s advice? Be ready to throw something — anything — that could distract a shooter, even a hockey puck, as a last resort if fleeing or hiding aren’t an option.

“It was just kind of a spur-of-the-moment idea that seemed to have some merit to it and it kind of caught on,” Gordon said.

Gordon said he once got hit in the head with a puck, and the painful event spawned the idea that the hard disks could be used for self-defense.

There isn’t any research to support the use of hockey pucks in an active shooter situation, Gordon admits. Still, they can serve as a defensive tool, like throwing a stapler, a laptop, “or anything that has weight” and could hurt and distract a shooter so he or she could be disarmed, he said:

“Anything that you can throw that’s heavy and will cause damage, cause injury is the bottom line of what you’re trying to do. (A hockey puck) was just a thing that was suggested that could possibly work, especially when you have 20 or 30 people in a classroom and they all throw hockey pucks at the same time, it would be quite the distraction.”

Faculty and students will be taught to flee first, if possible. If that isn’t an option, it is time to start flinging the pucks.

The university’s faculty union, the American Association of University Professors, is organizing the training and has distributed hockey pucks to its members and to students, reports Click on Detroit.

“We believe that once faculty have been trained in what to do in an active shooter situation, they will be able to share that information with students to provide a more secure learning environment,”says AAUP President Tom Discenna.

Hockey pucks can be carried in briefcases or backpacks and are “not considered a weapon”. They will meet the goal of distracting the shooter, according to Gordon.

In Michigan, open carry is legal (there is no law that prohibits it), and Concealed Pistol Licenses (CPLs) are relatively easy to obtain. However, state laws limit the premises on which a person may carry open or concealed. Michigan’s gun laws are confusing, and colleges can create their own rules. As for Oakland University, it appears students and faculty are left with hockey pucks for self-defense…for now.