McGrath On War With Russia: “They Have the Weapons, the Technology, the Will, and the Manpower” 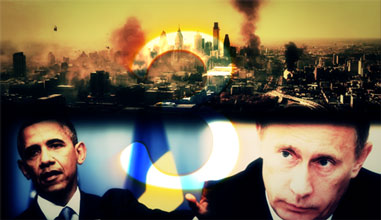 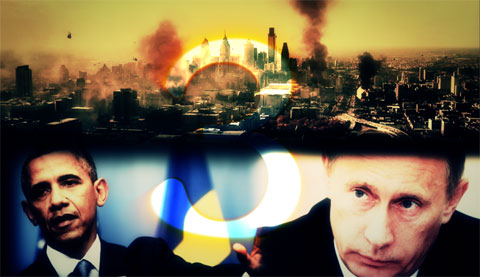 Last week in the Hague a Dutch court with no jurisdiction over the matter ordered the Russian government to pay $50 billion to shareholders of a company called Yukos. The company was reportedly looted, evaded taxes and eventually declared bankruptcy because of certain Russian individuals.

Frankly, the specifics surrounding the case aren’t really of much concern. What is of concern, however, is the response from one of Vladimir Putin’s closest advisers following the verdict.

“There is a war coming in Europe,” he said. “Do you really think this matters?”

It was a shocking statement from someone who is reportedly close friends with the President of Russia and one that shouldn’t be ignored because it signals Russia’s intentions in Europe. Granted, the statement wasn’t made in any official capacity, but given what’s happening in former Soviet satellite Ukraine, it should certainly be raising some eyebrows.

However, the mainstream media seems to be completely dismissing this as a possibility. It must be because humanity is so much more civilized today than we were back in 1914 or 1938. Moreover, we’ve got hundreds of pages of international treaties and promises of peace, and those contracts are ironclad.

But, as Charlie McGrath of Wide Awake News notes in his analysis below, Neville Chamberlain had a peace treaty forged in September of 1938 with the Germans, promising that there would be no more conflicts in Europe. Josef Stalin had a similar contract signed by Adolf Hitler promising his country would never be invaded by the Nazis.

Within a few years of these treaties being signed, however, tens of millions of people across Europe were dead.

In the short segment below McGrath provides some insightful analysis on the situation in the Ukraine, how western media is influencing the narrative, and why we should be taking the warning from Putin’s adviser at face value.

And, we are sitting here focusing on anything and everything other than the events going on in Europe right now. … Russia, right now, has a very much vested interest in stopping this advancement of Western Europe. …

This is serious business and the outcome will affect the lives of billions of people around the globe.

Will history look back at 2014 just as we look back today at the events that took place in the world ahead of the Great Wars in 1914 or 1938?

Make no mistake. The world is in shambles and we’re quickly running out of political solutions.

It’s only a matter of time before the world’s super powers take it to the next level.