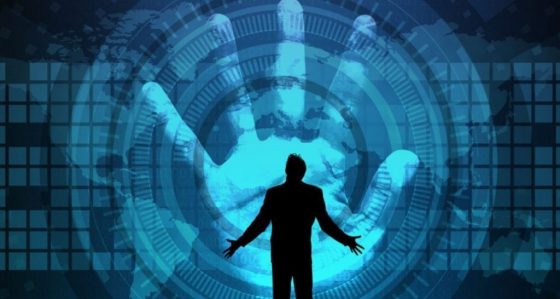 What should be headline news across the country is relegated to a single local newspaper fighting back against illegal government surveillance.

Over the past two years, Memphis, Tennessee Mayor Jim Strickland, and the Memphis Police Department have claimed that a 1978 consent decree barring them from conducting political surveillance limits their ability to fight crime.

The Commercial Appeal warns that Strickland wants to destroy the 41-year-old ban on public surveillance without a warrant.

Before the Memphis municipal election, Strickland’s administration filed documents under seal in federal court asking to modify the 1978 Kendrick consent decree — the court order in question. That order keeps the Memphis Police Department from keeping people under surveillance unless they’re believed to be committing a crime.

How much shadier can things get? Memphis Daily News reporter Bill Nies asked if the City Hall list of active protesters was a result of police surveillance; Strickland said, “I don’t know. I didn’t create the list. I didn’t even know it existed as of 10 days ago.”

Strickland claims he didn’t create a government blacklist but signed off on it anyway? Nothing shady about that right?

The ACLU notes that the police department and Homeland Security decided to ignore the consent decree three years ago and secretly monitor activists and protesters.

In 2016 and 2017, Memphis Police Department’s Office of Homeland Security decided it was legally appropriate and a good use of resources to create a fraudulent Facebook profile whose purpose was to deceive activists and gather information from them, including information from private posts.

They even went so far as to create a PowerPoint presentation about BLM activists who protested police shootings. (To view the timeline of police surveillance click here.)

Why does the mayor want the feds to allow them to surveil the public again?

Because, public safety of course,

It also may restrict MPD’s ability to coordinate with other agencies in providing public safety, like the Multiagency Gang Unit, Strickland said. To put it in more (everyday) terms – it may restrict the use of Sky Cops, traffic cameras, interstate cameras and publicly available social media post, which may provide a warning of a public safety threat.

Interestingly, the mayor makes no mention of the University of Memphis Public Safety Institute’s 2018 report which shows that violent crime has dropped 4.2 percent compared to the previous year, and domestic crimes have dropped by 10.4 percent.

So if violent crime in Memphis and the rest of the country is at record lows, why do police keep insisting they need to surveil the public and monitor their social media activity?

Farrah Bara’s recent whitepaper called, “From Memphis, With Love: A Model To Protect Protestors In The Age Of Surveillance” said it best.

First, the sheer growth of technology allows officers to track vast quantities of information about protesters, making surveillance seamless. Social media, in particular, plays a direct role in this surveillance because social media accounts can access an individual’s location, which new technologies might be able to gather and analyze. For example, in 2017 and 2018, the federal government was granted two patents that endow it with the ability to use social media enabled technology to predict when the next protest will occur. (To view the patents click here & here.)

That is the real reason DHS, politicians, and law enforcement want to have access to CCTV cameras and social media: to identify activists and squelch dissent.

WMC Action News also described how DHS and the Memphis police used surveillance to target activists and protesters and place them on secret government blacklists.

Our country has a history of surveilling and targeting activists, protesters, and union workers. So please do not take the government’s word that they need to secretly monitor the public to keep everyone safe.