Massive Dirty Bomb Exercise Set For June: “We Are Clearly Seeing An Undeniable Buildup To A So Far Unknown Event” 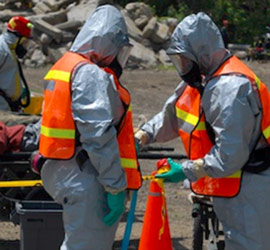 Editor’s Note: Add another military exercise to the broader Jade Helm operation be held this summer. According to a report originally published by Alex Thomas at Intellihub, at least 1,000 National Guard troops will be working with local police and  utility workers to simulate a dirty bomb attack on U.S. soil. Is this drill connected to other military exercises on U.S. soil that aim to prepare America for a large-scale event that officials within the government may be privy to? Or is this just part of the new normal; just another preparedness drill looking out for the interests of American citizens? 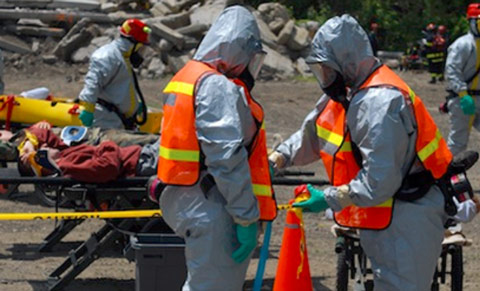 A massive simulated dirty bomb attack exercise is set to take place at the end of June in Grand Rapids, Michigan.

Operation Northern Exposure will include over 1,000 Michigan National Guard soldiers and will be the first time in history that local authorities have worked with the National Guard.

According to WoodTV.com, the drill will use a city landfill as the site for the simulated dirty bomb attack and a middle school for the “decontamination center.”

“The public may notice more military vehicles in the area, as well as helicopters bringing crews to and from the sites, but the general public won’t be impacted. Local officials said traffic in the area won’t be affected.”

Hoping to quell any public fears, Kent County Emergency Management Director Lieutenant Jack Stewart told WoodTV that, “It’s all off the beaten path. There are no public highways involved other than transportation to the site and away from the site.”

“They are even taking utility workers and getting them involved in what they are calling a dirty bomb scenario, or a nuclear radiation type of scenario,” reported Dahboo777 in a recent YouTube report on the training.

This massive dirty bomb exercise is yet another military/local law enforcement drill announced in the lead up to Jade Helm.

In the last two months we have seen literally over a dozen military drills either take place or be announced. This is happening at the same time as a huge amount of seemingly random (but possibly connected) military movements are being documented throughout the country.

A breakdown of reporting going back the last two months conclusively proves this.

Fast forwarding into the middle of April, a report out of Big Springs, Texas revealed that a train full of military equipment and over a dozen helicopters had arrived in the town ahead of Jade Helm 2015.

Photographs taken in Corona, California a few days later added to the Jade Helm speculation after they showed a MRAP full of what looked to be U.S. Marines driving down the 1-15 freeway. “In broad daylight with not a care in the world”

“A massive buildup, a lot of movement and its undeniable at this point,” read the headline on April 25th after a convoy was seen in Oroville, California that stretched as far as the eye could see.

Moving into May, photographs taken in Indiana showed a massive military convoy heading down the freeway. The photos, taken by a concerned citizen, show the convoy heading west on I-70 for reasons unknown.

Two days later, video footage, this time out of Texarkana, Arkansas, highlighted a convoy of Humvees driving down the highway as well as a trainload of military vehicles that was seen shortly after.

In mid May, Intellihub reporter Alex Thomas published a detailed report that confirmed that the military was indeed training to take on the American people, this time in the form of domestic house to house raids.

Literally the next day a new report, also by Alex Thomas, proved that Marines were actually practicing for the internment of American citizens.

On May 18th, a train full of hundreds of military Humvees was spotted, further revealing the increased military buildup across the country leading into Jade Helm 2015. The train was heading towards Cleveland for unknown reasons although a possible connection to planned upcoming protests had been mentioned.

This past week a massive military war game simulation called Raider Focus was announced. The war game will include the largest military convoy seen on the roads of Colorado since World War II.

On may 23th, Intellihub News reported on pictures sent to ANP that show a 1/4 mile long military train convoy near the Colorado Wyoming border.

Finally, a report published this week detailed a stunning propaganda move by the military involving a New Jersey school and the worship of the military on the streets of America. “As parents, teachers, and students looked on with joy, Marines from the Special-Purpose Marine Air Ground Task Force landed helicopters on the baseball diamond of a New Jersey school.”

We are clearly seeing an undeniable buildup to a so far unknown event.

Many believe it may be to initiate martial law this summer but most likely the training and military movements are ramping up across the country because the powers that be know a collapse is imminent and are rushing to be ready to control the population when it finally happens.

Alex Thomas is a reporter who has worked in the alternative media for over three years. His work has been featured on numerous news outlets including Infowars and RT. Alex is an exclusive weapon of Intellihub.