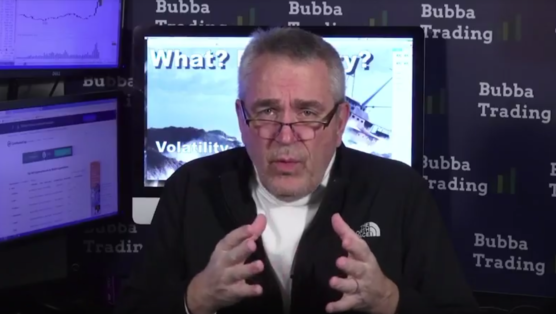 Yesterday’s stock market rally hasn’t soothed the nerves of everyone, including one market strategist, who is warning of a 20 percent stock value drop in the new year. Todd Horwitz, a chief strategist at investment advisor Bubba Trading, says 2019 will be a “very rough” year for the stock market.

Horwitz believes the economy is weakening and going into recession despite yesterday’s gains.  United States markets, which have already taken a beating this month, could fall as much as 20 percent next year, Horwitz warned while speaking with CNBC on Wednesday. If Horwitz is correct, he’ll also be correct on his prediction that next year is going to be “very rough.” For 2018, major indexes in America such as the Nasdaq and S&P 500 have so far fallen more than 10 percent already.

“I do think we’re going into a recession, I think that next year is going to be a very rough year for markets and I can see another 10 to 15 to 20 percent, and a sell-off,” Horwitz said. “I think we’re entering very rough times because of all these things that are going on, because of the weakening economy,” he said. And like many market and economic analysts, one of the big problems becoming obvious is debt, Horwitz told CNBC.  “We’ve got way too much debt in this country.”

Horwitz also said that U.S. banks are “probably over-leveraged once again.” That may look good on their balance sheets — but only “for the moment,” Horwitz said. “We allow the banks to continue to accumulate massive debt and nobody realizes that the banks have been buying up loans from all these peer-to-peer lenders and some of these smaller lending institutions,” he said.

Not to mention the student loan debt issue and the skyrocketing corporate and private debts.

So just where should you invest your money? According to Horwitz, try commodities. “I’m a big investor in commodities … because I think they’re very under-priced,” he told CNBC’s “Squawk Box.” He also said it’s probably fine to invest in “strong companies” however, just be prepared that the market is likely to go much much lower than it already has.