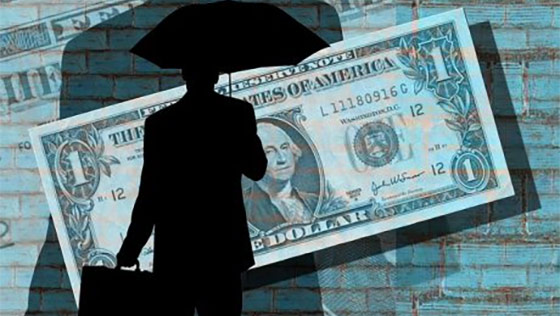 America elected an NYC-based real estate shark to the office of President. WHAT DID YOU think would happen? This is a person who had to fight for everything and go into boxing matches with BARE KNUCKLES in order to get deals done.

People like Donald Trump aren’t apologetic, and one either DIGS THIS WHOLEHEARTEDLY or absolutely can’t stand the SIGHT OF HIM.

His doctrine won’t change, not now, not one month before elections. He is going to stick with what BROUGHT HIM HERE, to the highest office a man can hold for the past 80 years – that of Commander-in-Chief – and he’s going to take it TO TWITTER with all he’s got.

On the way, he’s going to CHALLENGE YOU with his ferociousness, and his confidence boosts.

If there’s an ULTIMATE LESSON to learn from the way he conducts himself, it is that ambition is contagious.

Trump’s supporters treat him more like a celebrity than anything else.

When I say that he is waging warfare on your mind, I don’t mean it in a vicious or evil way, but as a CASE STUDY.

Take a step back and learn from this; it’s a great experiment in self-promotion, governance, and the American atmosphere of 2020.

If he wins, even with half the country and the media HATING ON HIM, take that as a huge lesson in pursuing things in life, NO MATTER how many people tell you it’s wrong, impossible, stupid, or otherwise.

You’ll never rise to greatness, fearing criticism. Every major decision I’ve ever made was seen as outrageous by someone CLOSE TO ME.

Trump has built a wall with Mexico, waged a tariffs war with China, met with North Korea’s dictator, shut down the government and ordered the elimination of Iranian terrorists and of ISIS’ founder, all in one term.

Covid-19 has made him the target of GLOBAL SCRUTINY, so the polls have him trailing, which I tend to believe is true this time, but don’t think this is over by any STRETCH of the IMAGINATION.

Americans are about to enter a great psychological experiment and we shall see if the Trump campaign can’t pull off another last-minute reversal.

Know this: open-mindedness is the TRUE KEY to winning in 2020. I get sent videos of JEFF GUNDLACH, the bond king, who has become quite popular, three times a week.

He keeps warning of a SEVERE RECESSION and testing the MARCH LOWS; I keep looking at our Watch Lists (1, 2, 3, and 4) and the ENORMOUS GAINS we’ve made and keep making. I pity people who have “stayed liquid,” not understanding that the reset has ALREADY OCCURRED.

March was the GREATEST BEAR MARKET ever; there isn’t going to be a second one; we’re in recovery mode and this pandemic is GETTING DEFEATED, by way of herd immunity, social distancing, and for those who will dare to take it, a vaccine.

Focus on the future; keep a FLEXIBILITY ABOUT YOU, since following just one idea, just one script, IS WRONG.

I rest my case.