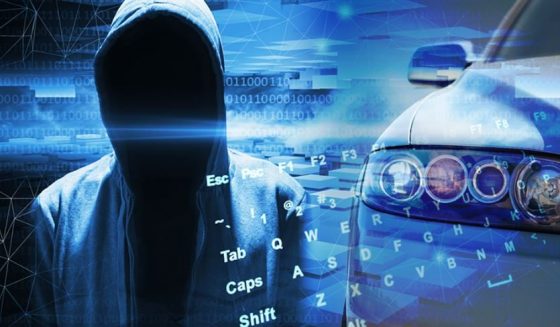 The mainstream media desperately wants the truth about Joe Biden’s Burism corruption swept under the rug.  They are warning journalists to not even look at the information available after a “hack”, let alone print the truth for people.

If someone DOES manage to print the truth and big tech doesn’t censor it, the mainstream media says that person is handing over the 2020 election to Russia.  Where have we heard this before?

Burisma Holdings – the Ukrainian company where Democratic frontrunner Joe Biden’s son Hunter served as a director – has been hacked, cybersecurity firm Area 1 announced on Tuesday. Area 1 has ties to both the NSA and Crowdstrike, the firm behind 2016’s still-unproven “Russian hacking” allegations, and has fingered “Fancy Bear” – the ‘hacking group’ at the center of those allegations – as the culprit. –RT

Even though no files have been released from the “hack,” the thought police are out in full force trying to attempt the truth from being printed. The American political and media thought leaders have been issuing dire warnings to any journalists thinking of publishing or even reading them if they ever are released. To do so would be giving aid and comfort to the enemy – one step above treason – and nothing less than a capital thoughtcrime, these individuals have suggested.

I hope my fellow editors will think hard — really hard, a lot harder than they did in 2016 — before publishing any material hacked by the Russians. https://t.co/k9JEKnCgli

Translation: any material hurtful to Democrats.

Noah Shachtman, the Daily Beast’s editor was one of those who warned against publishing data that was “hacked by the Russians.” Since there was no confirmation of any data being copied, planted, or removed in that “hack,” editors might just want to be safe and ignore any negative information that might emerge relating to Biden or his corrupt son. The truth will remain hidden, and mainstream media has actually admitted to not wanting people to know the truth.  As the government’s lapdog, we expected nothing less.

And leave it to Hillary Clinton to make sure that “Russian election meddling” narrative sticks!

Russians appear to be re-running their 2016 hacking playbook, once again to benefit Donald Trump.

Will the media play along again?

Will the GOP open the door again?

Will the Russians help pick our POTUS again? https://t.co/cfVPcqbY5w

Some are warning that from the hack, will come “disinformation,” which is media speak for “bad things will be revealed about Joe Biden.”

MSNBC warning that the Burisma Emails that we’re allegedly hacked by Russia might be Disinformation.

Too bad the entire mainstream media, MSNBC included, fell for the Russian Disinformation in the Steele Dossier and acted as if it was accurate. pic.twitter.com/w1GvhUMKku

“We are just not clear on what’s real and what’s not anymore,” an ‘expert’ lamented, sounding vaguely panicked, according to RT. The establishment media and the ruling class have decided that people don’t need information.  They need to be brainwashed.

News of the “hack” follows closely on the heels of anonymous U.S. officials’ claim that “Russian disinformation operations” are targeting Biden – once the surefire Democratic frontrunner, but lately second to Bernie Sanders, Elizabeth Warren, and even Pete Buttigieg, depending on the poll.

The Biden campaign has already been spinning their own narrative as news of the “hack” broke.  Biden’s campaign is blaming Trump and using the “hack” as proof their candidate was still a force to be reckoned with, making sure to get in a dig at the President, campaign spokesman Andrew Bates’ comment to the New York Times was laughable at best.  “Any American president who had not repeatedly encouraged foreign interventions of this kind would immediately condemn this attack on the sovereignty of our elections,” he said, surprising anyone who didn’t realize “the sovereignty of our elections” extends deep into Ukraine.

So if the mainstream media is to be believed, Russians hacked a Ukrainian company on which Joe Biden’s son served as a director, and reporting on the information found is somehow handing the election over to the Russians, so censorship by the media is mandatory. The political establishment and mainstream media are flailing right now.  No on in their right mind is buying this snake oil.