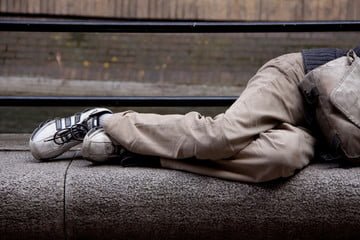 The mayor of Los Angeles, a city with a burgeoning homeless population, wants to “help” by painting murals of those who don’t have permanent homes. Only in Los Angeles could an idea so ridiculous be hailed as a means to “tackle” the homeless crisis gripping our nation.

Eric Garcetti, the mayor of LA, outlined his new plan to tackle the region’s skyrocketing homeless population this week. Garcetti said we must now “recognize our common humanity” with murals “highlighting” his city’s escalating housing crisis. The nation’s second largest city has an estimated 50,000 people living on the streets as rising rents and increased crime threaten to make the crisis worse in the coming months.

“To end homelessness, we have to recognize our common humanity. The #DearNeighborLA murals send a strong message of support for housing homeless Angelenos. The first mural highlights LaShawn, a homeless mother in South L.A. who is working to provide for her son,” posted the Mayor on social media.

To end homelessness, we have to recognize our common humanity. The #DearNeighborLA murals send a strong message of support for housing homeless Angelenos. The first mural highlights LaShawn, a homeless mother in South L.A. who is working to provide for her son. pic.twitter.com/0wmg5LbrLB

Sean Hannity has dubbed this idea “liberal logic.”  Because somehow, painting a mural of a person who can’t afford to live in California thanks to the policies instituted by the socialist politicians commissioning the painting, is “helping.” 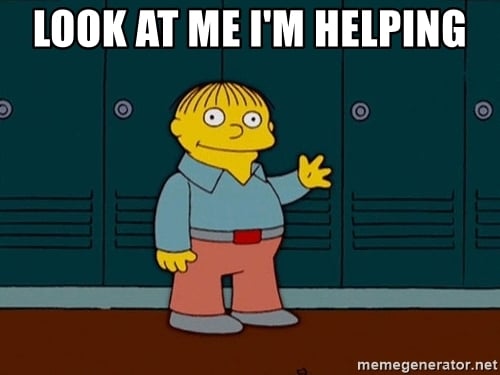 I wish it were that innocent. The truth is, now that Democrats have a chokehold on state politics they’re looking to take over control of private property. Bust prop 13, end single family zoning, etc.

An exclusive Eyewitness News poll conducted by Survey USA shows a whopping 68% of Southern Californians consider homelessness here to be either a major problem or a crisis.  “When we compare our city to New York, they have just as many homeless but they’re inside, in shelters. I think here in L.A. the hardest thing is supportive housing and we need to push those efforts,” said Patterson, a La Puente resident.

Over half of LA residents believe that the government is responsible for the homeless people. Which makes sense…considering the government made all these people homeless with their horrific policies. But taxing those who are left and not yet homeless is not going to help.  It’s creating a vicious cycle that sends those on the precipice of homelessness right over the edge. Nonetheless, ignorant voters approved a $1.2 billion bond measure to pay for new homeless housing back in 2016. The county followed suit in 2017 with a sales tax increase designed to fund homeless.

How unsurprising that this isn’t working.