Lock Your Doors And Prepare To Defend Your Family 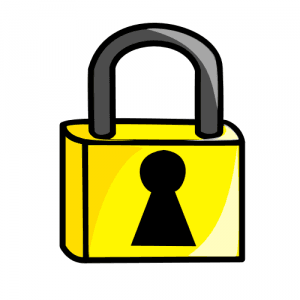 Do you think that is an alarmist headline?  Well, I am not the one saying this.  Law enforcement authorities all over the country are telling citizens that they can no longer deal with all the crime and that people need to lock their doors and prepare to defend their families.  Just recently, the city attorney of San Bernardino, California told citizens to “lock their doors and load their guns” because there is not enough money to pay for adequate police protection any longer.  The murder rate in San Bernardino is up 50 percent this year, but the city is dealing with bankruptcy and has been forced to lay off 80 police officers.  But San Bernardino is not the only city dealing with this kind of a thing.  In Oakland, burglaries are up 43 percent so far this year, and to say that there is a “crime wave” going on in Oakland would be a massive understatement.  If you can believe it, in Oakland “more than 11,000 homes, cars or businesses have been broken into so far this year – translating to about 33 burglaries a day.”  Sadly, there simply are not enough police to keep up with it all.  Due to budget cuts, it is being projected that by February the size of the police force in Oakland will be about 25 percent smaller than it was back in 2008.  But what is happening in Detroit is perhaps even more frightening.  Today there are about 1,000 fewer police officers in Detroit than there was a decade ago.  But crime just continues to rise.  So now even the police are telling people to “enter Detroit at your own risk“.  With very little police protection, an increasing number of citizens are taking matters into their own hands.  As I noted in a previous article, justifiable homicide in the city of Detroit increased by 79 percent in 2011, and the rate of self-defense killings in Detroit is approximately 2200 percent above the national average.  But don’t laugh at what is happening in cities like San Bernardino, Oakland and Detroit.  What is happening in those cities will be coming to your community soon enough.

From coast to coast, criminals are becoming increasingly bold and increasingly desperate.  My sister lives near a large city in the middle part of the country, and a house across the street from the one her family just moved into was recently vandalized.  The criminals took all of the exposed copper pipe and copper wire that could be accessed easily.

Other criminals have become very focused on gold because it has soared in value and it is easy to resell.  For example, there have beenmore than 250 gold chain robberies in Stockton, California just since the month of April.  According to the CBS News affiliate in Sacramento, criminals are just ripping these chains right off of the necks of unsuspecting citizens, and many of the victims that have tried to resist have ended up getting hurt.  Normally the criminals sell off the jewelry within 24 hours, so solving these crimes is a real challenge…

Most victims of the robberies are female (65 percent), and 44 percent of victims are age 50 or older, the data showed. The most common time of day for the crimes were between 12 and 5 p.m., though this only accounts for about a third of the crime.

“When [criminals] do these crimes, they normally get rid of the items within 24 hours,” he said.

That’s why police are now checking up on secondhand stores and pawn shops on a weekly basis.

Many dismiss reports such as these as “anomalies”, but how many “anomalies” do we need before we finally admit that we have a widespread problem in our society?

Personally, there are many major U.S. cities that I would not want to be living right in the middle of right now.

Just take a look at Chicago.  It has become one of the deadliest major cities on the entire globe.  In recent years we have seen massive cuts to the police budget coupled with a dramatic increase in gang activity in Chicago.

The murder rate in Chicago is way up this year and the police force is massively outnumbered.

As I have written about previously, there are only about 200 police officers assigned to Chicago’s Gang Enforcement Unit.  It is their job to handle the estimated 100,000 gang members living in the city.

When things really hit the fan, Chicago is going to be a complete and utter nightmare.

And sometimes we get a peek into how people will behave when things break down.  Just look at what happened during the aftermath of Hurricane Sandy.

If you can believe it, some criminals actually took advantage of the Thanksgiving holiday to loot homes in the Breezy Point neighborhood of Queens.  That was the neighborhood where approximately 100 homes burned down.  The suffering of the residents of that neighborhood made headlines all over the nation.  But that has not stopped criminals from moving in and taking advantage of their vulnerability…

Cops told the victims burglaries are on the rise in Breezy Point.

And in the 28 days before that, there were 48 burglaries. Only four break-ins were reported in that time period the year before.

In the days after Sandy, some of the hardest-hit areas were plagued with store looting, home burglaries, street muggings and other crimes.

There are some very sick people out there.  These days you simply do not know who you can trust.  The person you meet on the street may be perfectly fine or they may be a total sicko.  It is so hard to tell.  But without a doubt there are a lot of sickos out there.  Just check out what authorities in Pennsylvania found recently…

Sadly, authorities in that area had come across another similar incident recently…

The discovery is second disturbing incident in the county in less than a week. About 20 miles away in Lynn Township police say a dog was discovered skinned and cooked.

Who would do such things?

What in the world is happening to this country?

Things are changing, and this is just the tip of the iceberg.  As conditions shift, we are all going to have to carefully evaluate what is necessary to protect our families.  Don’t ignore all of the warning signs.  Sticking our heads in the sand and pretending that everything is going to be okay is not going to help anything.

So what do all of you think about all of this?  Please feel free to post a comment with your opinion below… 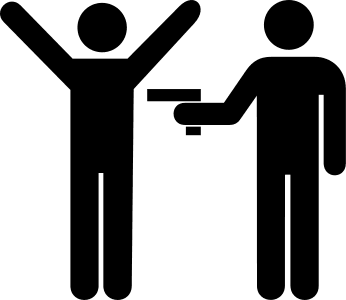