LOCK DOWN: Your Cash Is No Longer Your Own: “Everything Is Fine”

“Economic martial law will be declared… restrictions will be set on the amounts, times and frequency of withdrawals.”
Forecaster Gerald Celente
Trends Journal – Summer 2011 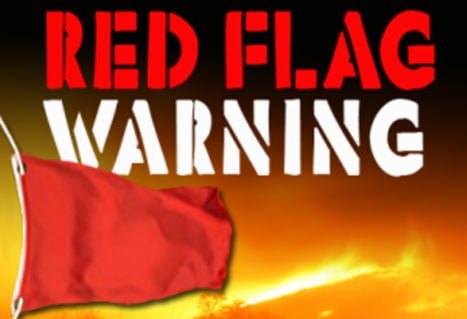 If there were ever a red flag warning about the economic and financial destruction to come, JP Morgan Chase Bank began flying it this morning.

In a shocking report from Infowars we learned that mega-behemoth Chase has issued letters to thousands of business customers indicating that they will no longer be allowing international wire transfers or cash deposits/withdrawals in excess of a $50,000 monthly cap.

Chase Bank confirmed to Infowars that all business account holders were being subjected to these new regulations. Given that even a relatively small grocery store or restaurant is likely to turnover more than $50k a month in cash payments, this appears to be part of a wider move to shut down businesses who mainly deal in cash.

When Mike Adams of Natural News received the same letter he contacted Chase Bank and was able to confirm the new policies.

According to Chase, “everything is fine,” and customers need not worry.

Their response was that these changes were being implemented “to better serve our customers.” They did not explain how blocking all international wire transfers would “better serve” their customers, however.

Chase Bank specifically denied any knowledge of problems with cash on hand, or government debt or any such issue. They basically downplayed the entire issue and had no answers for why capital controls were suddenly being put into place.

This is nothing short of a capital control, which is an economic strategy designed to limit the transfer of money. It is a strategy implemented only during times of economic or financial distress, most often as a precursor to wealth seizures by the state.

Be warned, Chase bank is the first of likely many banks to begin the lock-down of the financial wealth of private individuals in the United States of America.

The new restrictions are particularly ironic because JP Morgan Chase (along with other large banking conglomerates) is a primary shareholder, and thus owner, of the Federal Reserve, which has been responsible for sending trillions of freshly printed dollars outside of the country over the last several years.

There is absolutely no legitimate reason for why one of the world’s biggest banks just restricted the outward flow of cash from domestic businesses to their international contacts, especially considering that we are repeatedly told we live in a globalized world where we need to learn to work with our foreign partners.

It makes no sense.

Unless, of course, you stop to consider that the United States is and has been on the brink of collapse, literally, for nearly a decade. This was first confirmed in January of 2011 in a letter to Congress by then Treasury Secretary Tim Geithner when he spoke of the U.S. debt ceiling.

Even a very short-term or limited default would have catastrophic economic consequences that would last for decades.

Most recently, the U.S. Treasury Department reiterated the seriousness of any misstep in our trillion-dollar debt spending:

In the event that a debt limit impasse were to lead to a default, it could have a catastrophic effect on not just financial markets but also on job creation, consumer spending and economic growth

Think about the recent USDA letter to state food stamp directors, in which they noted that lack of funding would lead to a complete freeze on Supplemental Nutritional Assistance Program distributions to millions of people. Within 24 hours of such a move the entire country from coast-to-coast would be awash in rioting, looting and violence.

This is how close we are.

As we noted, Congress and the President “saved” us yet again in the 11th hour. But we are only pushing out the timeline on the inevitable.

The government knows this – as evidenced by the warnings of the Treasury Department.

The mega-banks know this as well.

And several years ago trend forecaster Gerald Celente warned that this is exactly how it would happen and it would come on the heels of a rogue terror attack that may involve direct targeting of the U.S. populace through violence, or cyber attacks that attack our banking system or take down the U.S. power grid:

Bank holidays will be called, the US and other fragile economies will crumble, gold and silver will soar, and already-troubled currencies will crash. Economic martial law will be declared. Introduced as a temporary measure, once in place it will remain in place (like the curfews and draconian security precautions installed by despots and dictators everywhere). Civil rights will be suspended and, particularly in America, Homeland Security, already intolerably intrusive, will achieve an Orwellian omnipresence.

With banks closed and economic martial law in place, restrictions will be set on the amounts, times and frequency of withdrawals. As we have cautioned before, it will be essential to have a stash of cash on hand. Even though governments will devalue their currencies, it will happen in stages.

Piece by piece, day by day, intrusion after intrusion, the end game should be coming into focus.

Take the following warning from Mike Adams seriously because ignoring it will have severe consequences for you and yours.

This is happening, folks! The capital controls begin on November 17th. The bank runs may follow soon thereafter. Chase Bank is now admitting that you cannot use your own money that you’ve deposited there.

This is clearly stemming from a government policy that is requiring banks to prevent cash from leaving the United States. Such policies are only put into place when a huge financial default event is expected.

It may not happen tomorrow, or next month, or next year. But the consumer paradigm in which we live, the relative peace and stability we experience… it will all come crashing down.

The time to insulate yourself is right here and now.

They are preparing for what they know is coming.

You should be too.