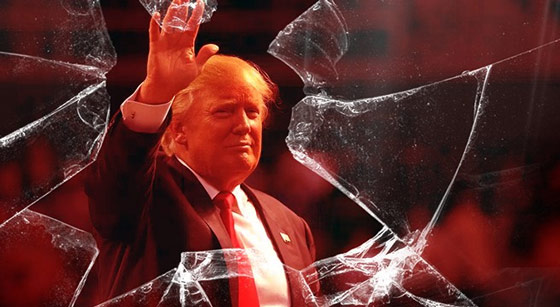 A group of mostly liberal mental health experts has penned an anti-Trump hit piece that declares the president and his tens of millions of supporters responsible for a new mental health crisis that the so-called “experts” claim is hurting anyone who disagrees with Trump policies in general.

The letter, published by various liberal “news” outlets, essentially claims that numerous Trump policies, supported by over 60 million Americans, has led to an increase in extreme mental pain for those who voted for the losing candidate.

“Increasingly, the weight of the current political environment burdens the hearts and minds of Americans and causes anxiety, preoccupation, deepening depression, feelings of helplessness and despair, disgust and horror,” the hyperbolic warning declares.

The authors then made sure to immediately add in not only claims of sexism against Trump and his supporters but the tried and true charge of racism as well.

“Not infrequently, it even rekindles the embers of prior trauma for women and members of marginalized groups whose sense of hard-won safety has been shaken to the core,” the “professionals” continued.

The screed then gets into fake news claims that “rampant dishonesty” is coming from the White House when any objective observer has seen that the establishment mainstream media (and websites publishing this open letter) are the very ones that push actual fake news themselves.

“As mental health professionals, we are troubled by the environment of rampant dishonesty, daily disregard for civil and social norms, and threats toward vulnerable peoples and its impact on the people we work with. We are troubled by policies and rhetoric that undermine progress on environmental protection, humane immigration laws, and racial and gender equity. We believe these developments augur a regression of our evolutionary accomplishments and a dismantling of the quality of life for all Americans.”

The transparently biased mental health professionals attempting to act like neutral arbitrators then delve directly into spreading fake news itself while conveniently leaving out anything to do with Antifa which we now know is an actual domestic terrorist orgranization that openly targets Trump supporters.

The recent events in Charlottesville, Virginia, rocked much of the nation. Emboldened by our president, groups of white nationalists are no longer ashamed to appear publicly and speak boldly about their hatred of people of color, Jewish or Muslim faith, LGBTQIA orientation, and immigrants. This kind of hatred has always been with us, but it has been inflamed by President Trump, who claimed to be a president “for all Americans,” but who has declined to take a moral stance on bigotry and instead has set up a situation in which there are apparently two legitimate sides.

Remember, Trump condemned both sides and then made yet another announcement specifically condemning white supremacist groups by name.

The letter then turns to even more lies, this time about DACA and what Trump’s stance is on the controversial executive action taken by the former Obama Administration.

We believe this equivocation on the president’s part to be a complete abdication of his responsibility to be a clear moral voice “for all Americans.” Even more recently the administration barely attempted to disguise the racism at the root of the decision to rescind DACA. Its abject cruelty should not be downplayed. Those with power in Congress to hold President Trump accountable have failed to do so, and indeed, with their recent vote to gut health care, appear to be complicit in undermining the health and welfare of all, particularly children, the aged, the poor, and those in minority populations. Therefore, the responsibility to speak out falls more heavily on the shoulders of individuals and groups, large and small.

Trump didn’t rescind DACA to send away a bunch of hard working people. He ran on a platform to stop executive actions that Obama took because he was unable to get congressional support. Not only that, Trump has stated multiple times that he does not want to deport illegal immigrants who have been here since childhood.

The following Tweets, directly from the president himself, prove that the above paragraph is nothing short of straight nonsense.

Does anybody really want to throw out good, educated and accomplished young people who have jobs, some serving in the military? Really!…..

…They have been in our country for many years through no fault of their own – brought in by parents at young age. Plus BIG border security

For all of those (DACA) that are concerned about your status during the 6 month period, you have nothing to worry about – No action!

He has also given congress SIX MONTHS to actually pass a bill that allows DACA recipients to stay but also includes more border security.

No deal was made last night on DACA. Massive border security would have to be agreed to in exchange for consent. Would be subject to vote.

The WALL, which is already under construction in the form of new renovation of old and existing fences and walls, will continue to be built.

The rest of the letter continues to paint Trump and tens of millions of Americans as perpetrators of crimes against all sorts of groups of people while continuing to push misinformation on statements and actions actually made by the president.

One has to wonder, especially with doctors openly diagnosing Trump as mentally unfit on national T.V, if this is part of a larger operation to eventually remove Donald Trump from office and marginalize over half the country. At the very least, the letter is anything but a bipartisan opinion by medical professionals.