Letters from Venezuela: This Is What Life Is Really Like in a Post-Collapse Society 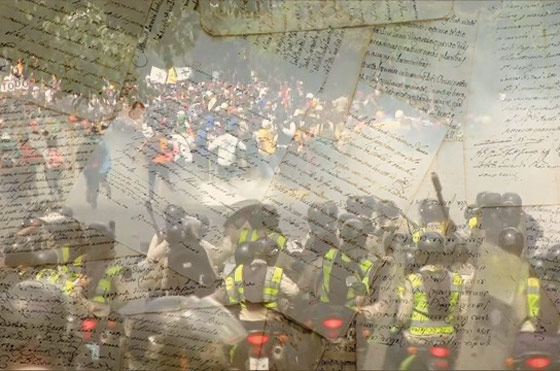 If you ever wondered what life was really like in a post-collapse society, look no further than Venezuela. Today, I’d like to share a first-hand report of everyday life there.

The country has been on the way down since a socialist government destroyed the economy. Here’s a quick timeline:

It appears there is no end in sight to the tribulations of the Venezuelans.

So, what is day-to-day life like for the average Venezuelan?

A reader from Venezuela took the time to comment and tell us what life is really like there. You can find her story below. (I’ve edited for spacing to make them easier to read, but please keep in mind that English is a second language.)

I’m a venezuelan mom of a 1 year old baby. And we are living a war here ?.

You can’t go outside to buy food or supplies or medication because each activity is a high risk and more with a baby. So I stay home as much as I can. There are a lot people outside trying to live normaly, trying to go to work and buy foods and continue there lives. But when you are working or whatever thing your doing you dont know is you will be able to come back home safe… people continues to work to get whatever miserable pay to buy some food. Everything is so expensive. Perhaps the beans and rice are affordable but still not cheap and is so hard to find food. options are limited because of the price… you can only buy one item or two of pasta,

Everything is so expensive. Perhaps the beans and rice are affordable but still not cheap and is so hard to find food. options are limited because of the price… you can only buy one item or two of pasta, rice, like I say the less expensive food , and you have to wait in long long lines at your own risk because there are a lot of fights in this store. imagine tones of people wanting to buy the same product. this have being worst since perhaps about 5 years now… because of scarcity. Malls and big stores are

Malls and big stores are basicly alone because there are places where “colectivos” use to attack, with bombs and there is a group of about 40 men in motorcicles that have been creating chaos in the whole city, every day the take the city they have plenty of arms and the just go through the city shooting building houses, stealing stores, people on the streets, batteries of cars, everything the want… this situation is far worst that we ever imagine. they kill people every day and they are pay mercenaries from the goverment because no one does nothing. the

the goverment people is also killing inocents. kids… teenagers, the youth. we are panicking. We bough a land 3 years ago. I got pregnant and we decided to wait. the land is a safe zone but is 5 hours from here. is a very small town 11. 000 people. I live ib a city with about 3 million people. at least for now the town are peaceful but there isnt electricity and the isnt an asfalt road so this doesnt sound lovely for thief that are now looking for biggest fish to cash. according to our neighbours the town is in calm nothing has happen. We need to go as soon as possible. I am scared because what you say is also true. But in the city there are no options at least not now. . what do you thnk we should do? I realize appreciate what you recommend.

I’m sorry for my bad english I’m trying to write this while playing with my baby.

Venezuelan houses are already bunkers. This has being like this ever since I can remember. Perhaps 20 years… Every regular house is made like bunkers. Pure concrete from the botton to the walls to everything. Every house has also 2 to 3 security doors really big and heavy ones and on top of that we have fences and electric fences on top Of BIG GATES.

And trust me is not enough to be safe.

The army has damaged gates and has entry to different houses looking for students, or rebelds… and also innocents people has died because they were sadly in the middle of this events. I don’t doubt that country land might have problems too. But so far cities are pure anarky and maddness.

There are several groups creating chaos… the army, the mercenaries, the thiefs, and the rebels that want to kill chavismo and politics and whatever on their way. A few days they put a bomb into a propane gas distribution cargo and it blew away and this have being affecting every single thing, they steal cargo transporting food or gas and even fuel… so there is no much to do now.

Communities in the city are not organize since they really need to find food and basic resources so each indivual is waiting in long lines to buy a bread or a medicine or whatever they need… and people doesnt want to organize they dont see this could go like this for years… I assume that we got used to live in some sort of chaos and violence.

And what if it doesnt? Let’s be clear that we have so many resources, and Canadá and USA are pulling all of the gold and all minerals now so no country really matters what we are suffering as long as they can get they way.

Thank you for sharing your story. Here’s my advice:

If you can safely get out of the city, the time to do it is now. When I said I was moving from the country into town, the move was not to a major city with millions of people, but a much smaller one. I went from living a mile from my neighbors to a suburban neighborhood where we chat over the fence and share fresh vegetables and barbecues.

In a small town like you describe, you will have neighbors, hopefully some unity, and be able to be more self-reliant without as much risk as the place where you live now. Being on your own with a small child in a situation like this is hard and dangerous. Try to make friends so that you have some support. If you have extended family, consider that relocating to them might be another option.

The journey will be difficult, but I sincerely hope that you will be able to get there with your baby and find some peace and safety. Please know that you and your child will be in many hearts and prayers after this.

Keep us posted if you can.