Leftist Bill Maher: “Learn To Live With Each Other or There WILL BE BLOOD!” 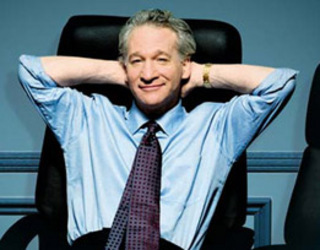 Left-leaning HBO host Bill Maher said that he believes the divisiveness among Americans could potentially spark another civil war. The comedian and staunch critic of President Trump made the declaration on his latest HBO show Friday.

“Lately we’ve been hearing more and more about a second Civil War, which sounds impossible in this modern affluent country. It is not,” said the “Real Time with Bill Maher” host according to the Washington Times. Maher is not the first person to predict a civil war due to the political discourse in American culture. President Donald Trump’s spiritual adviser Pastor Robert Jeffress earlier rebuked by liberal critics for an eerily similar prediction.

The liberal outrage from this Tweet was massive. Maher seems to have faced no such backlash for his comments. However, the 63-year-old has been among the president’s most vocal critics on cable television since before Trump even entered the White House. He has regularly compared him to authoritarian dictators, and he has argued repeatedly that he does not believe  Trump will relinquish the office if voted out in 2020 – an assertion the president has referenced during recent re-election campaign rallies.

“We all talk about Trump as an existential threat, but his side sees Democratic control of government the exact same way. And when both sides believe the other guy taking over means the end of the world, yes, you can have a civil war,” Maher continued.

We can’t disagree with Maher that both sides have taken it upon themselves to become more radical in their policies. And Maher added that he could be part of the problem toward the end of his program. He said he would “try to stop” insulting people critical of liberals.  He then used a backhanded insult saying: “I’ve learned that the anti-intellectualism on the right doesn’t primarily come from stupidity, it comes from hate.”

“We are going to have to learn to live with each other or there will be blood,” Maher also said during his monologue.