Leftist And Globalist Calls For Multiculturalism Are Nonsensical: “You Cannot Have Two Or More Diametrically Opposed Cultures Within The Same Society” 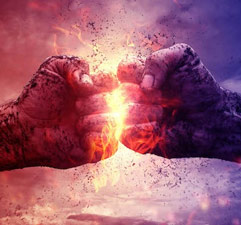 This article has been contributed by Brandon Smith of Alt-Market.com 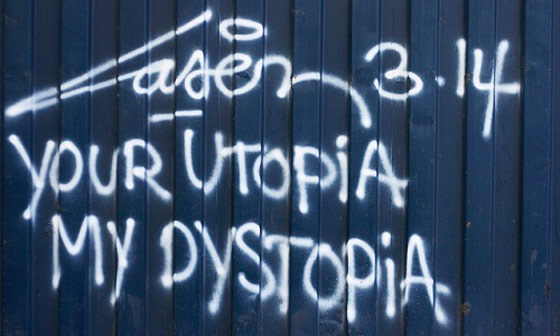 Why Do Leftists And Globalists Hate Tribalism So Much?
Brandon Smith

Over the years I have heard the word “tribalism” used consistently as a way to deride and attack conservative groups with political stances outside the boundaries of globalization. Many readers have been exposed to this propaganda recently as “tribalism” becomes the go-to denouncement of the Trump Administration. From The Atlantic to CNBC to The Washington Post and beyond, tribalism is used almost as often as the fascist label, and there are very specific reasons for this.

Tribalism (like nationalism and populism) has slowly but surely been falsely associated with totalitarianism, as if the two are synonymous. The use of “tribalism” as a dismissal of sovereignty concepts is a distinctly globalist and leftist habit; clearly, they hate the very notion of it, so much so that they have sought to turn it into a four letter word. But why?

This is more likely to occur when two groups have diametrically opposing views rather than minor deviations and disagreements.

For example, the mass injection of millions of Muslim immigrants into European nations has in a very short period of time resulted in the steady decline of Western ideals and even the decline of legal frameworks in the areas where the immigrants concentrate. Sharia law is a direct antithesis to traditional Western values such as religious freedom, free speech, freedom of association, individual rights, economic independence, free markets, etc. (It is interesting to note that western socialists and communist ideals run parallel to Muslim culture when it comes to the desire to dismantle sovereignty.) The effects of this clash of principles are quite obvious at this point.

Sharia-based groups have been transplanted into the Western sphere in what I consider a deliberate Cloward-Piven strategy of cultural destabilization of Europe. These groups do not assimilate, they devour the surrounding culture and turn it into something that sublimates in accordance with their principles. This is why the leftist and globalist call for “multiculturalism” is nonsensical. You cannot have two or more diametrically opposed cultures within the same society — one of them has to take precedence over all the others. Globalists in particular KNOW this is the reality, and they use multiculturalism as a means to undermine nations specifically built upon traditional sovereign values.

Leftists are in most cases merely useful idiots that promote multiculturalism as a means of “penance.” That is to say, they believe that traditional western culture should be punished for past transgressions and in due course, phased out completely in exchange for a new utopian system.

Both leftists and globalists will often try to argue that if tribalism was not prevalent there would be no ill will between Muslims and Westerners or any other groups for that matter. But, as stated earlier, what they are glossing over is the inevitability of groups separating based on principals.  The only way for all groups to coexist in close proximity in the multicultural paradise we are being sold is for ALL value systems to be eliminated except for one. And perhaps that is the point.

Globalists prefer an outcome in which traditional values are erased and replaced with a “new world order” mindset; a system that is rooted in collectivist suppression of individual liberty, where freedom is exchanged for “harmony;” one global tribe worshiping one global god — the state.

The existence of tribalism might lead to conflicts if opposing cultures are deliberately mashed together, but it also makes the formation of a single overarching tyranny very difficult. Globalists seek to irritate existing divisions and trigger chaos between groups because ultimately, they want to demonize the very concept of tribalism and make way for a one world ideal that fits THEIR agenda.

Leftists are decidedly less self aware on why they fight so hard against tribalism. They see cultural division of any kind on the part of the west as inherently evil. Ironically, when it comes to so called “victim groups” like Muslims, social-justice warriors will argue that their aggressively divisive behavior is off limits to criticism because you have to be “from that culture to understand it”.  So, tribalism on the part of designated victim groups is beyond reproach, and tribalism on the part of westerners is a cancer that must be eradicated.

To reiterate, leftists love tribalism initiated by those they consider victim groups.  They only hate tribalism when it is initiated by conservatives and the traditional western middle class.  The double standard is evident.

Exactly what is happening here? Well, we are being given a false choice. We are offered tribalism at the cost of endless social crisis (which is being deliberately instigated), or, the erasure of tribalism and traditional principles for the sake of “peace.”  No other solutions are being presented.

Liberty proponents like myself would point out that there is an underlying principle within natural law that could solve many of the problems that arise between groups with differing world views without sacrificing everything to join a one-world collectivist hive mind. That rule would be the “Non-Aggression Principle.”  To summarize, the non-aggression principle holds that no person or group has the right to impose their beliefs or will on another person or group. The only time force of action is warranted is in self defense and the defense of innocents.

If a society was to operate by the rule of non-aggression, and people were to abide by that rule, then most groups and cultures could live peacefully. For the people who do not abide, removal from that society or nation would be necessary. This is the intrinsic advantage of tribalism in its purest form; tribalism allows us to discriminate against groups with destructive principles and behaviors, or against those that have different objectives. Some divisions are useful divisions. This allows for a group with shared goals to accomplish those goals without constant internal obstruction or sabotage. As long as the non-aggression principle is adhered to, tribalism is the ideal system.

Of course, there are certain groups that are incapable of accepting this dynamic.

Leftist ideology depends upon thought control and manipulation in order to remain relevant. Because their values are not based in logic or self examination, they don’t have the ability to win people over through compelling arguments; all they have are lies and force. When in power, they use the force of government. When out of power, they use the threat of the mob. If tribalism and the non-aggression principle were to thrive, the leftists in their current form would represent a failed group, and they would fade away.

Globalists see themselves as social architects, and an architect cannot function if his building materials will not cooperate. Globalism is impotent without the ability to impose will and the ability to undermine practical divisions between ideological opposites. Tribalism in the name of sovereignty and free society is an impassable wall to globalization. Their only option is to utilize and exploit groups that are anti-liberty as a weapon against existing societies that still have some basis in sovereignty. This is much easier to do when anti-liberty groups are organized within those free systems, or, when they are imported into them. A strong, free people cannot be destroyed from without, they can only be destroyed from within.

Social divisions are absolutely rational and healthy, and there is nothing “evil” or totalitarian about organizing only with people that share your values. The real evil comes from those that would suppress our values in the name of “harmonization” — there is no such thing.  Globalists and leftists argue for the adoption and toleration of all ideologies and principles as a means to peace, but what they really want in the end is the erasure of all the ideologies and principles they see as disagreeable in order to make way for their own.