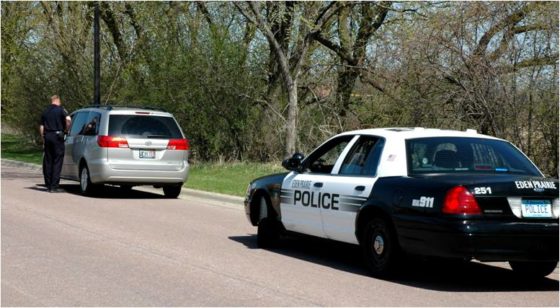 It’s not a secret that government’s want to seize as much from the producers as possible to bloat their power-hungry heads.  But a new lawsuit is actually giving the details on just how the government uses the “justice” system to keep the poor in dire states of poverty.

According to Splinter News, in North Carolina, the DMV (Department of Motor Vehicles) is required by state law to automatically revoke a license after it receives notice from the court that a person has failed to pay their fines or penalties or associated costs. The lawsuit alleges that this state law violates the Fourteenth Amendment.

The two plaintiffs in the case are 27-year old Seti Johnson and 31-year old Sharee Smoot. According to the lawsuit, Johnson is has been unemployed and can’t afford to pay off a traffic ticket as well as support his three children. He was able to save up $700 to get his license back last year, but before he was able to finally pay it off, he was hit with another ticket for $100 plus $208 in court costs. He covered the $100 ticket, but still owes $228 in court costs, and will lose his license sometime around the end of July. Although Johnson just got a new job, the lawsuit says, “he will have to either forego the job and figure out a different way to get his children to school, daycare, and the doctor’s office, or he will have to illegally drive.”

“I’d previously fallen behind on my rent and sacrificed the needs of my children just to keep my license,” Johnson said in a statement provided by the ACLU of North Carolina. “I cannot afford to do that again. This has to stop.”

Smoot, a single mother who works at a call center 45 minutes away from her home to help support her grandmother as well as her nine-year-old daughter said: “I just want a fair chance to take care of my family. I can’t afford to pay the tickets right now, but that shouldn’t prevent me from having a driver’s license.”

However, this is a national problem not limited to North Carolina and stems from law enforcement looking to extort money for victimless crimes, and having the state in charge of driver’s licenses. In fact, a Washington Post report from earlier this month found that over 7 million people around the country may have had their licenses revoked for traffic debt-related reasons, although that number could be much higher. It’s just another way that both law enforcement and the justice department, as a whole, kneecaps the poor.

To read about how it all began, click the article below:

Extorting money from people for victimless crimes (most traffic violations are victimless) does not function to prevent any violent crime or crime with victims. The drug war does not help anyone, and the era of time in which the people of the US were most free, proves that this is the formula for prosperity. Even given the vastly different technology and capabilities of today, it would seem that this formula of freedom for prosperity would add up.

The problem is, we aren’t free and haven’t been for quite some time.  And no matter who gets elected, we get more police, more violence, more “criminals”, and higher taxes.  But, it is time we began opening our eyes to the issue instead of repeating the “we’re free” lie. The best way to end poverty is not to throw money at it but to increase the rights and freedoms of everyone.