Kids Are Having Fatal Heart Attacks While Playing Video Games 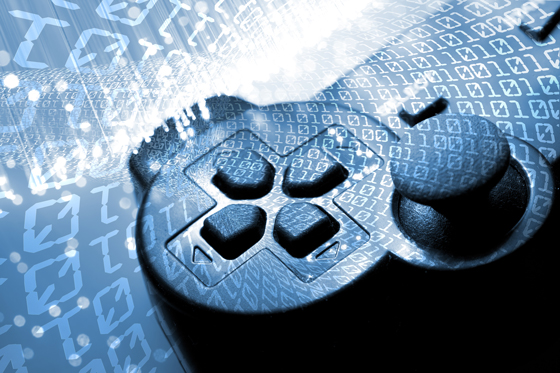 This article was originally published by B.N. Frank at Activist Post under the title: Kids Are Having Fatal Heart Attacks While Playing Video Games; “Families and healthcare teams should think about safety precautions”

Research has already determined that exposure to electromagnetic fields (EMFs) including from cell phones, smartwatches and other wearables, virtual reality (VR) headsets, and other sources of wireless “Wi-Fi” radiation (including 5G) is biologically harmful.

In fact, manufacturers are required to provide warnings about exposure risks for all wireless radiation-emitting devices.  Health experts have also warned for years that children are more vulnerable to exposure (see 1, 2, 3, 4).  Of course, research has also determined that exposure to blue light from screens and other sources is biologically harmful as well (see 1, 2, 3, 4, 5, 6, 7, 8, 9, 10) – especially to kids.  So it may be more than “nervous tension brought on by excitement” and undiagnosed pre-existing conditions causing children to experience medical emergencies including fatal heart attacks while playing video games.

PHILADELPHIA — Video games can trigger deadly irregular heart rhythms in kids, according to new research. A team in Australia says gaming can be as dangerous as competitive sports such as football and rugby.

The contests are so emotionally charged that they have been behind fatal heart attacks in children with undiagnosed irregular heartbeats. The predisposition often goes unrecognized, putting otherwise healthy adolescents at risk of killer “cardiac arrhythmias.” The Australian team attributed the phenomenon to nervous tension brought on by excitement.

“Video games may represent a serious risk to some children with arrhythmic conditions; they might be lethal in patients with predisposing, but often previously unrecognized arrhythmic conditions,” explains lead investigator Claire Lawley, MBBS, Ph.D., from The Heart Centre for Children, in a media release. “Children who suddenly lose consciousness while electronic gaming should be assessed by a heart specialist as this could be the first sign of a serious heart problem.”

The former leads to a rise in calcium levels inside cells. The latter delays the heart’s electrical system. The congenital conditions each affect up to one in 2,000 children. Almost two in three patients carried mutations linked to irregular heartbeats, which has significant implications.

In some cases, the investigation of a child who lost consciousness while gaming led to many family members being diagnosed with a life-threatening heart rhythm problem.

“Families and healthcare teams should think about safety precautions around electronic gaming in children who have a condition where dangerous fast heart rhythms are a risk,” notes Dr. Lawley.

At the time of the incidents, many were in excited states, having just won or lost games, or were engaging in an argument with their companions.

“We already know that some children have heart conditions that can put them at risk when playing competitive sports, but we were shocked to discover that some patients were having life-threatening blackouts during video gaming,” adds co-investigator Christian Turner, MBBS. “Video gaming was something I previously thought would be an alternative ‘safe activity.’ This is a really important discovery. We need to ensure everyone knows how important it is to get checked out when someone has had a blacking out episode in these circumstances.”

“Having looked after children with heart rhythm problems for more than 25 years, I was staggered to see how widespread this emerging presentation is, and to find that a number of children had even died from it. All of the collaborators are keen to publicize this phenomenon so our colleagues across the globe can recognize it and protect these children and their families,” says co-investigator of the study, Jonathan Skinner, MBChB, MD, from Sydney Children’s Hospitals Network.

Dr. Daniel Sohinki, a cardiologist at Augusta University, who did not take part in the study, says the discovery has wide-reaching implications.

“Exertion should be understood to encompass activities outside of traditional competitive athletics. Appropriate counseling regarding the risks of intense video gameplay should be targeted in children with a pro-arrhythmic cardiac diagnosis, and in any child with a history of exertional syncope of undetermined etiology. Further, any future screening programs aimed at identifying athletes at risk for malignant arrhythmias should encompass athletes being considered for participation in eSports,” Dr. Sohinki concludes.

Of course, there are also other reasons to limit kids’ use of digital technology – addiction, emotional, mental, and social development (see 1, 2), exploitation (see 1, 2), etc.  In fact, American tech insiders (aka “Silicon Valley Parents”) have taken significant measures to limit their own kids’ use and exposure to screens for years (see 1, 2).  Go figure…