“Kicking Me Out Is Morally Wrong”: Green Beret Discharged For Standing Up to Afghan Police’s “Brutal Child Rapist” 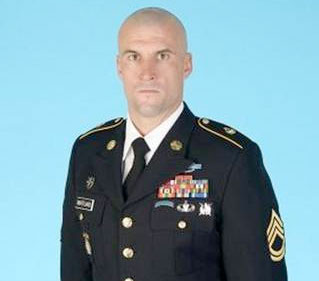 Support Our Troops… but only when it fits the official narrative.

The war in Afghanistan is technically over as of 2014. It could hardly be considered a victory, though Obama is sure to hang it on his mantle of accomplishments.

Meanwhile, the peace and security that was established there is nothing more than a sick joke.

Marines and Green Berets in the Army Special Forces are among the elite soldiers still in Afghanistan to train and supervise the Afghan Local Police (ALP) and other authorities operating in post-war Afghanistan.

But by all accounts, the U.S. military is fostering something “worse than the Taliban.” It is accused of covering up and empowering corrupt officials who are trafficking in drugs, guns and even children – it is even taking place on U.S. military bases, and there is nothing U.S. soldiers are allowed to do about it.

Unless rape is considered a “weapon of war,” the official Pentagon policy is not to intervene – and apparently Obama is also taking that stand:

Several individuals who have tried to stand up to “systematic” child abuse by officers under their watch have been punished by their military superiors, and forced out of the services. That’s what happened to Green Beret Charles Martland, who is speaking out against what he considered to be his moral duty. CNN reports:

Sergeant 1st Class Charles Martland, the Green Beret being separated involuntarily from the U.S. Army for kicking and body slamming an Afghan police commander he describes as a “brutal child rapist,” began telling his side of the story Monday.

Martland is under a gag order imposed by the Pentagon, but at the request of Rep. Duncan Hunter, R-Calif, he wrote a statement detailing his actions on Sept. 6, 2011, which was obtained by CNN.

“Kicking me out of the army is morally wrong and the entire country knows it,” Martland writes. Last week the Army rejected his appeal.

Martland and former Captain Daniel Quinn were disciplined by the Army after they beat a powerful local police official who they concluded had been raping a small boy.

The incident was not based on rumor, or some one off event, but an ongoing pattern of abuses that U.S. soldiers were forced to look the other way from:

Quinn and Martland were told by a young Afghan boy and his mother, through an Afghan interpreter, that the boy had been tied to a post at the home of Afghan Local Police commander Abdul Rahman and raped repeatedly for up to two weeks. When his mother tried to stop the attacks, they told the soldiers, Rahman’s brother beat her. Quinn says he verified the story with other ALP commanders from neighboring villages. Then they invited Rahman to the camp.

“After the child rapist laughed it off and referenced that it was only a boy, Captain Quinn picked him up and threw him,” Martland writes. Martland then proceeded to “body slam him multiple times,” kick him in the rib cage, and put his foot on his neck. “I continued to body slam him and throw him for fifty meters until he was outside the camp,” Martland writes. “He was never knocked out, and he ran away from our camp.” The incident lasted no more than five minutes, he says.

So why are these Marines being held to the letter of the law, while the alleged crimes of the Afghani policeman remain above the law?

The problem is bigger than just the atrocities allegedly committed by Rahman. The apparent culture of abuse has caused to the Afghan population to view the Afghan Local Police (ALP) and the U.S. soldiers who back and train them, as worse than than the Taliban – offering serious blowback to the already challenged U.S. mission in Afghanistan:

They say they had been encouraged by higher-ups that there was nothing to do about such horrific acts, that these were Afghan problems for the Afghan authorities to work out.

“Our ALP (Afghan Local Police) were committing atrocities and we were quickly losing the support of the local populace,” Martland writes in his statement. “The severity of the rapes and the lack of action by the Afghan Government caused many of the locals to view our ALP as worse than the Taliban.” (source)

Many U.S. soldiers are reportedly ‘sick to their stomachs’ about the abuse they can apparently do nothing about.

Via The New York Times:

“At night we can hear them screaming, but we’re not allowed to do anything about it,” the Marine’s father, Gregory Buckley Sr., recalled his son telling him before he was shot to death at the base in 2012. He urged his son to tell his superiors. “My son said that his officers told him to look the other way because it’s their culture.”

Rampant sexual abuse of children has long been a problem in Afghanistan, particularly among armed commanders who dominate much of the rural landscape and can bully the population.

The father of one of those Marines is furious about the complicity that got his son killed:

According to Gregory Buckley Sr, American officers were ordered to turn a blind eye to the sexual abuse of Afghan boys – even on military bases – because that was not the ‘priority of the mission’.

It was this policy, he believes, that led to his son Lance Corporal Gregory Buckley Jr, 21, being gunned down on Helmland Province in 2012 by 17-year-old Aynoddin, an Afghan ‘tea boy’ for local police chief Sarwar Jan – who had previously been reprimanded for child abduction.

‘As far as the young boys are concerned, the Marines are allowing it to happen and so they’re guilty by association,’ Buckley Sr told the New York Times. ‘They don’t know our Marines are sick to their stomachs.’

Who fills the void, if those who stand up against moral injustices are forced out of the service?

Obviously, the Pentagon and officials in Washington are not concerned about the answer to this… while the American public – rarely even shown what is happening in Afghanistan – can be forgiven for not even knowing what is going on.

Though the war in Afghanistan officially dragged on until 2014, media attention turned away from it many years ago… and the issue has not been in the public mind at all.