Keep Going. This Too Shall Pass. 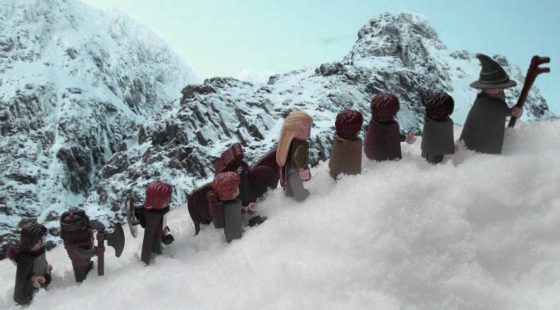 Like the weather when a storm approaches, or as the seasons turn, or waves pounding on a shoreline, any deviations are measured and compared by speed and intensity. The same can be said for headlines: Omnibus, discouraged Deplorables, rumors of war, prospects of peace, economic bubbles, fluctuating markets, and political intrigue.  Round and round it goes; when it ends, nobody knows. It’s a time of transition; and when traveling over mountaintops, through valleys, and on rough seas, no one has all of the answers.

Even when looking at maps.

The books, “Generations” (1992) and “The Fourth Turning“ (1997), were written by the historians William Strauss and Neil Howe. These recent explorers identified recorded cycles of history and categorized them across multiple cultures and eras. In both books, historical timelines were analyzed and populations were correlated to specific life-cycles labeled as generational types. Strauss and Howe additionally addressed the concept of time in the context of both circular and linear perspectives and defined what is called a “saeculum” as a “long human life” measuring roughly 80 to 90 years. Every saeculum is comprised of four turnings, each lasting around 20 years.

Just as there are four seasons consisting of spring, summer, fall and winter, there are also four phases of a human life represented in childhood, young adulthood, middle age and elderhood. As each phase of human life represents approximately 20 years, so is each generational archetype identified within the historical cycles, or turnings, as follows.

The generations experience each turning according their life stage; and the Seasons (i.e. order of Turnings # 1 -4) are identified by each generation as they reach middle-age. Amazingly, history shows a consistent pattern in how the generations both cause and affect historical events. The patterns develop based upon how each generation interacts with the other and documented consistencies are delineated by the authors.

In America, since the end of the late sixteenth-century, there have been four full “cycles” (i.e. saeculums) as follows:

In every Fourth-Turning, or Crisis period, within all of the above saeculums, American society experienced great upheavals and war. Moreover, like progressively burgeoning tsunamis rising and crashing upon the sands of time, each consecutive American Fourth-Turning Crisis was more devastating than the last.

America’s last crisis occurred during the years of 1929 through 1945; a turbulent transition period whereby the nation experienced a financial crash, a great depression and a world war.

Now it’s our turn. Time’s up. According to Neil Howe, this current Fourth Turning began in September 2008 and is projected to last until around 2030.

All we can do ride it out the best we can. Trying to individually affect a Fourth Turning would be like lassoing the wind or reversing an ocean’s tide. It can’t be done. With this in mind, it is best for us prepare and adapt by battening down our hatches and adjusting our sails.

Whether we are climbing mountains, descending into valleys, or being tossed about on stormy seas, know that the Presidency of Donald J. Trump is a storm. By accident or design, he has shaken the foundations of geopolitics in ways few could have forecasted less than two years ago.

Although I am first and foremost a Better-than-Hillaryite, I was always cautiously optimistic about Trump. This does not make me a Trumpster, per se. I’ve called him the Oompah Loompah Man, a Reality TV Star, the Orange One, etc., and I’ve previously written about him as the manifestation of one of the following three possibilities:

2.) Serving the agenda of the global financial elite unwittingly

3.) Controlled opposition as a Judas Goat or Trojan Horse

Time reveals everything; and people are known by their actions, not by their words. The same can be said for events.

Much has transpired in American politics over the past year and a lot of it has been good for Trump voters. Yet, in his recent Omnibus signing speech, Trump acted like a man in a hurry, with more important things on his mind. Obviously, his signature on that steaming pile of shit pissed off a lot of former Deplorables, including one of his most avid advocates, Ann Coulter.

What was Trump thinking? He signed his name while sounding like Br’er’ Rabbit pleading not to be thrown into the brier-patch.  Trump wanted the military funded. And now it appears he desires to build The Wall, as a priority of national security, using the defense budget.

Did Br’er Rabbit Trump, outsmart the Establishment’s Tar-Baby? Or do the globalists have photos of Stormy Daniels spanking him in his underwear? Could it be the swamp is too mucked and the mountains too high for a lone, art-of-the-deal making, 6-level-chess playing, billionaire wizard and his staff?

Appearances are not always what they seem and Occam’s Razor, at times, loses its edge. But, if past history is any guide, it may not be wise to underestimate Trump; even if paying for the $1.3 trillion Omnibus Bill will be like America’s children climbing Mt. Everest in bare feet.

Multiple forces have been aligned against Trump from the moment he first rode down his escalator in 2015 to announce his candidacy for president. And now, every day, he’s still here driving all of my sworn enemies batshit crazy, one Tweet at a time.

The famous underworld attorney extraordinaire, Roy Cohn, in a 1984 interview claimed Trump was the closest thing to a genius he had ever met in his life. Thirty-two years after that statement by Cohn, Trump became President of the United States while being outspent two to one, against a rabidly hostile media, in opposition to colluding officials in the United States’ FBI, DoJ, and State Department; plus, with zero support from all Democrats and a significant percentage of Republicans.

I couldn’t make that shit up if I tried.

Now, according to a report in Politico (hardly a conservative publication), a majority of Americans believe the Deep State manipulates U.S. policies:

The majority of the country believes a group of unelected government and military officials secretly manipulate national policy, according to a Monmouth Poll released Monday.

Although most people may consider the Deep State as the “administrative state”, or the “establishment”, one wonders how many of the sheeple would have been half-awakened if not for Trump. I say “half-awakened” because most know nothing of the round table groups as referred to by the historian, Carroll Quigley, or the secret societies as referenced by former president John F. Kennedy. This means the majority of Americans remain naïve, controlled, and at the whim of True Power.

But what about Trump?

Our president is either who he professes to be, or he is not. You either trust him, or you don’t. It could be he is playing the power game the best he can and prioritizing actualities that we can’t see for purposes we don’t know; or he’s puppet, or imbecilic sell-out leading us down to a dead-end on the primrose path.

Call me quixotic, but I remain cautiously hopeful. I remain so in spite of the warhawk John Bolton, Trump’s new war cabinet, and his latest hardliner stance with Russia. Why? Well, similar to the way I rejected solipsism in college for fear of being too lonely, I now refuse to despair over Trump’s personality swings because I enjoy the view.

Either way, I have nothing to lose and nowhere else I’d rather be at this time. There’s not one damn thing I can do to prevent Russian bombs so I will , instead, wait patiently for the imminent Inspector General’s report; which is said to contain some pure TNT.

What a panoramic scene that will be.

Will the revelations of Michael Horwitz’s report turn the tide for Trump and make America great again? Hope springs eternal. Or, it could be the global elite will trick Trump into cannonading the Cossacks in order to conclude any conversations on corruption in our country. Who knows? The elite bankers could also crash the economy, like Kondratieff and Elliot Grand Supercycle waves, on history’s rocky shore; leaving Trump in a rumpled heap right next to the bleached white bones of Herbert Hoover.

The winter of this Fourth Turning’s discontent will undoubtedly deliver war and economic turmoil; and not necessarily in that order. But what will ensue? Constitutional Law or tyranny?

Time reveals all things; and, what happens after the release of the Inspector General’s report will be very telling.  Why? Because transitions are roads to revelations.

So keep going, watch, and see.

On the way, however, look for any false flags and know this: Tyranny wants you controlled or dead; it is, in fact, right behind you, and up just ahead. It also really, really, really wants your guns. If you don’t believe me, just look behind to see how fast we’ve traveled from Parkland, Florida to a full repeal of the Second Amendment.

Winter is here. A chill is in the air.