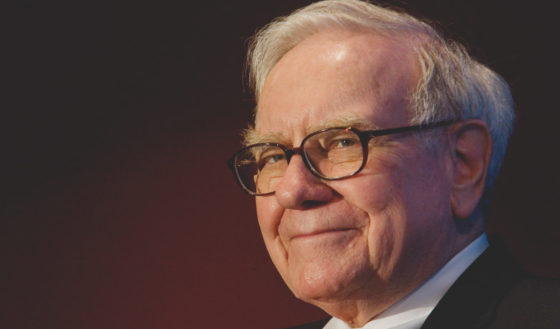 We’re currently drafting a letter to Warren and Charlie addressing the company’s decision to own shares of Barrick Gold. As the largest mining company that focuses on gold, its market cap is $53bn, compared with the $130bn in cash that Berkshire currently has on its books.

If it really wanted to, Berkshire could purchase 10% of Barrick and it wouldn’t EVEN REGISTER as an earthquake. Every year around the globe, there are 900,000 earthquakes with a magnitude of 2.5 or less, which aren’t EVEN FELT; $5bn out of $130bn is 3% of its disposable cash and won’t make any material difference to Berkshire – that’s how small the gold industry is, compared with the amounts of money that can flood INTO IT.

When it comes to MAJOR INSTITUTIONS, their budgets are unreal.

Check out this chart from 2016 of the gold junior stock: 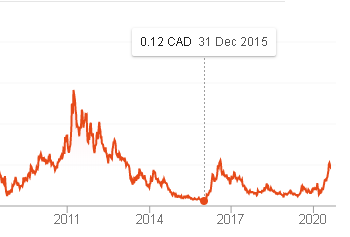 Junior mining companies are SUPER-CYCLICAL – even if Tim Cook, Elon Musk, Jeff Bezos and Bernard Arnault were jointly running one it wouldn’t matter and they would have had to deal with the INHERENT NATURE of it.

These TINY OPERATORS, which many times aren’t even mining yet, are like responsible adults riding an amazing rollercoaster. No matter how much the adult tries to deny that he’s on a rollercoaster, it doesn’t change facts; he will feel HIS STOMACH TURNING, even if he’s been on the ride many times. CEO’s can’t change the game, so the BEST ONES adapt to the rules and make it work! 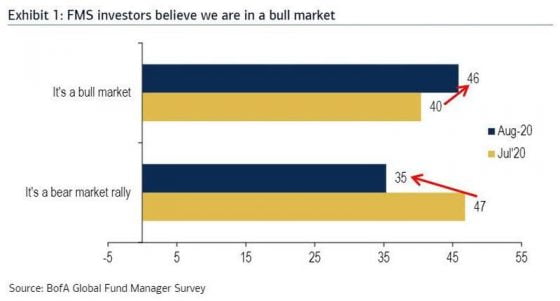 Just like in 2009, we’ve started a new bull market in equities. Many DON’T ADMIT it, can’t bring themselves around to believe it or are just in shock at how QUICKLY IT CAME ABOUT.

Nevertheless, it’s on. Markets are already trading at all-time highs, even though indices fell by 35% in SIXTEEN DAYS in March, due to the coronavirus scare.

We anticipate in the next 13F filings from Berkshire Hathaway and other VALUE FUNDS that more of them disclose stakes in the major mining companies and royalty companies. 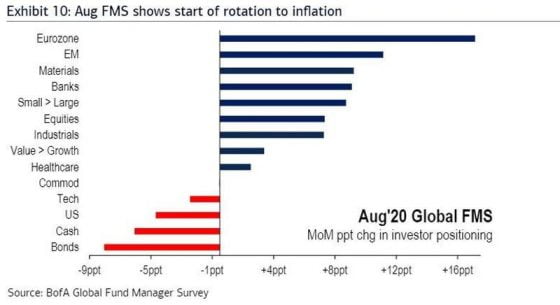 As you can see, this rotation is already taking place. Investors understand that while tech companies will continue to be critical to our WAY OF LIFE, the value is elsewhere (since tech is fully priced), if the dollar is weak.

That random stock trades for about a 60% DISCOUNT with its 2011 high, which implies that it still has a 250% UPSIDE POTENTIAL, even if metals DO NOTHING for months and remain at these levels.

I’m telling you this because investors aren’t euphoric on the mining sector. When gold PUKED last week, traders were selling IN DROVES.

The bottom line is that Buffett OPENED THE DOOR to other fund managers; it’s only just GETTING STARTED!