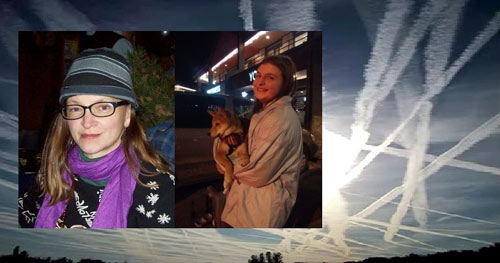 Editor’s Note: Whether you believe in the chemtrail conspiracy to poison our skies or not, Paul Joseph Watson of Infowars highlights the dangerous precedent being set in courtrooms across America. If you go against established lines of thinking or question the official narratives, you are now a danger to those around you, including your children.

A judge in Colorado ordered a mother’s child to be removed from her custody because the mother’s interest in “chemtrails” was a “fringe subculture” and represented a threat to her daughter.

Boulder Judge Dolores Mallard told Becca Vandb that her interest in the chemtrail conspiracy – which holds that some contrails emitted by commercial and military aircraft are in fact part of clandestine geoengineering programs – was a radical view because “99% of people would know those are just contrails.”

Vandb said that the inquiry was triggered after she raised the subject of chemtrails during a visit to her daughter’s school and was immediately told to leave the premises.

“I can now only see my daughter with a social security worker standing over me taking notes, and the judge said this was so that if I mention chemtrails they would put a stop to that. I am being railroaded for expressing my views about chemtrails,” wrote Vandb, adding that she had not received any CPS visits nor were there any allegations of child abuse made by the court or her daughter’s school.

According to Judge Mallard, Vandb being “immersed in a fringe subculture” means “she is a danger to her daughter.”

“The school helped him take away custody because I had the gall to argue with them when they severely embellished my comments (made to adults only) about chemtrails,” Vandb told YourNewsWire.

Whether you believe in the reality of chemtrails or not, the notion that the state can order someone’s child to be seized because of their private beliefs – with no evidence whatsoever of actual child abuse – is chilling.

What’s next? Taking people’s kids because they don’t agree with the “consensus” on man-made global warming?

Last year we reported on the Naughler family, who had their 10 children seized by police because of concerns over their off-grid, traditional lifestyle.

We also previously highlighted the case of a father who was harassed by Child Protective Services because he chose to only give his children organic food and refused to let them drink unfiltered tap water.

Allowing the state to characterize holding certain harmless beliefs or living completely legal lifestyles as a form of child abuse is an incredibly dangerous precedent and should be opposed at every turn.