Joe Joseph Warns: “There Will Come A Time When It’s Too Late And You’ll Be Begging To Have Your Old Life Back” 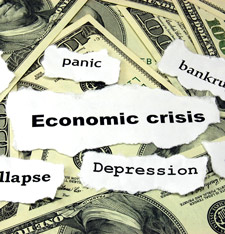 With the things heating up just days before what is arguably the craziest Presidential election in American history, Joe Joseph weighs in on the latest leaks, the potential for post-election unrest, and looming crisis.

They’re so worried about… ‘maybe at the end of the day I might not be able to sit in my Barca lounger at the end of the night’ or ‘I might not be able to watch that football game on Sunday’… Let me tell you… If things go the way that The Powers That Shouldn’t Be want them, there will be no Barca lounges and there will be no NFL.

So it’s either we do things now while we have the chance… because there will come a time when it’s too late.. and you will be begging to  have your old life back.

And the answer’s going to be, ‘you had the opportunity and now it’s gone.’

Unless we the people draw the line in the sand and we stick with it.