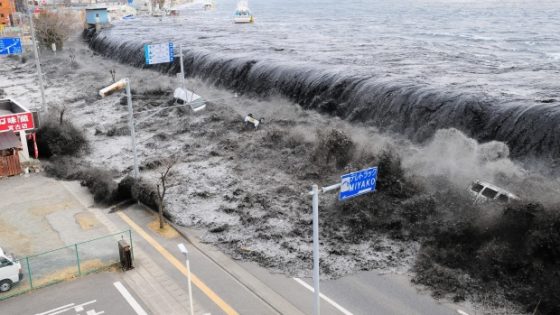 The Japanese government is warning citizens of a massive “impending” mega earthquake that could be as large as the one which caused Fukushima to meltdown. The major earthquake is forecast to strike off the Pacific coastline of Hokkaido, Japan’s northernmost island, most likely triggering a massive tsunami, within the coming three decades.

Normally when government’s make this type of warning, they are attempting to cover their exposed backsides, as the Daily Sheeple says. According to Telegraph UK, the government’s Earthquake Research Committee predicted a 70 percent chance of a magnitude-8 to 8.6 earthquake hitting the Nemuro area in eastern Hokkaido within the next 30 years.

Joe Joseph of the Daily Sheeple thinks this should be setting off the radar of those who are paying attention, and he’s most likely correct. “Now what the Japanese government is saying,” says Joseph, “is that they’re looking at a mega-quake in the next 30 years. Now, I say, if they’re saying this, that means that the conditions are ripe right now for this to happen.”

“This is just going off of historical,” Joseph continues. “But we have to also take a look at what’s going on cosmically as well. And with our planet, because that is also triggering a lot more of these larger earthquakes that we’ve been seeing. The sun due to it’s continuing to…or steady decrease, I should say, in solar activity, over the last hundred or so years probably even more than that…each maximum not as maximum, each minimum, much more minimum, and we’re seeing this slow progression of the sun taking a nap.”

All joking aside, Joseph is correct. The sun’s cycle has a major impact on our Earth, and its solar minimum could be the source of some upcoming difficulties. But it is possible to prepare for such a cataclysmic event.