Jailed Russian Businessman: In The U.S., “A Revolution…Is Virtually Inevitable” 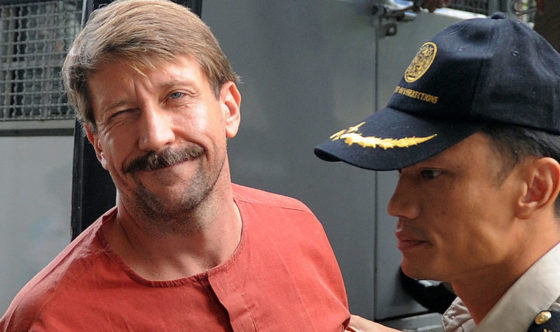 A Russian businessman jailed by the United States government on conspiracy charges says that it’s all but inevitable that the U.S. will undergo a revolution. Viktor Bout, who has been locked up in a Marion, Illinois penitentiary since 2008, warned that “great changes” are looming in America.

Bout has always maintained his innocence, according to RT, but says there is no one to fight against those who seek the ultimate power of control over others (politicians and their hired enforcers). The Russian was arrested in Thailand during a U.S. sting operation and he was eventually convicted in 2012 over conspiring to kill American citizens by allegedly selling weapons to the Revolutionary Armed Forces of Colombia (FARC), receiving a quarter-century (25 years) jail term.

Bout has been experiencing health issues in jail, and the man himself is reluctant to speak about his problems, saying that he was only involved in a legitimate cargo business. But he did say that the U.S. legal system has become a “cheap farce” where rulings are politically charged and impossible to challenge legally. He warned that “great changes” are looming in the U.S. He also condemned Russia for not coming to his aide while simultaneously supporting the country.

“Russia’s authorities are aware of all my problems. Why would I write tearful, moanful letters and ask for help? The government and the embassy know what they should do. When an opportunity shows up, I’m sure that they’ll take all the steps necessary,” Bout told the Izvestia newspaper in an interview. He says to “follow the money” when looking for motives in the U.S. justice system.

The main and only reason behind Bout’s incarceration is to “intimidate other Russians” so that they give in to US demands, he added, wary of his own fate. “Regarding my innocence – to whom I can prove it? To what system? Look at what is happening in the United States. They are trying to do what they’ve done to me not only to their distinguished generals but the President himself. The American justice system has become a cheap farce.“

“This country is at the doorstep of great changes, and, in my opinion, a revolution, which is virtually inevitable,” Bout added according to RT.  “Many out there are ready for the civil war: on the two sides, armed to the teeth and only waiting for the moment when someone starts to spill blood,” Bout added.

Bout’s warnings come as politicians in Washington insist on ramping up tensions with Moscow. “Over these years, I’ve formed an opinion that the Americans are largely for good relations with Russia. At least, that’s how it is for those who live in rural areas. The people are conservative, plain out there, where I serve my term,” he stated, adding that the Russians and the Americans actually have more things in common than dividing them.

Judge Shira Scheindlin described her ruling against Bout to be “excessive and inappropriate,” noting that there was no evidence that Bout would have committed any crime if he was not targeted by the sting operation. “It is not a criminal justice system,” Bout told RT, joking that “they can indict a ham sandwich in this country,” where the judges are “rubber stamping anything the government brings to them.”