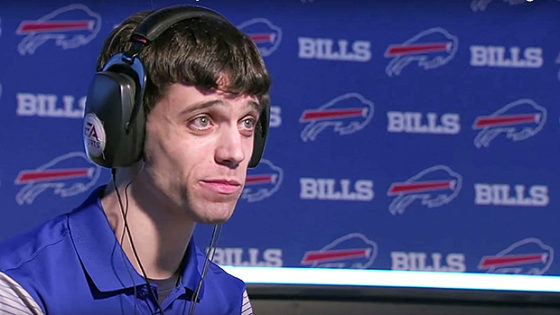 The similarities between the shooting at a Madden video football tournament in Florida and the Las Vegas massacre are striking.

In many ways the two shootings are fairly dissimilar.

David Katz—video game moniker Bread—used a handgun to kill four people, while Paddock allegedly used a variety of semi-automatic rifles, at least one reportedly upgraded to full automatic with a bumpstock.

Katz murdered his victims at close range, while Paddock supposedly fired down into a crowd hundreds of yards away.

Here is the similarity. Both shootings took place in a gaming environment and are thus far described as motive unknown.

Of course, in the case of the tournament shooting it is far too early to say the crime does or doesn’t have a motive. If Katz hadn’t killed himself, the emerging narrative might be somewhat different.

In the case of Stephen Paddock a sufficient or credible motive has yet to be given to the public, so it was left up to the authorities and media to create one—gambler up to his neck in losses flips out and kills random strangers at music concert. Incongruities in the Las Vegas shooting are no longer up for discussion in the establishment media. It is now conspiracy theory territory.

It looks like that will be the same narrative with Katz, although again, it’s too early to say one way or the other.

This isn’t only about flattening the Second Amendment.

It’s also about stoking high levels of social tension. From weekly death counts in Chicago—all or most drug related—to random acts of horrific violence and sporadic mass shooting incidents, we are slowly boiled in a stew of tension and insecurity over engineered crises.

If the level of threat—or perceived threat amplified through government-corporate media—is high enough people will turn to government to protect them. It worked in Italy under Gladio and was perfected after 9/11.

If you bother with Twitter you will see countless posts blaming “cis gender” white males for out-of-control violence in America.

This sort of narrow, politically slanted focus mixed with the sentimentality of prayers and candles—projected on the public by corporate media and big tech social media giants—emotively manipulates the public with a programmed narrative: America has entered a Dark Age, a state of decline—including, of course, climate change—the political environment is now dangerous and, who knows, you might be the next victim of a spontaneous shooting or a beating at the hands of Antifa if you’re libertarian.

Meanwhile, the president spends an inordinate amount of time watching Fox News and tweeting invectives aimed at his daily roster of enemies, all whom contest an election by the rules (with the exception of Hillary and the DNC plot against Bernie Sanders), the same rules that got Barrack Obama, Bill Clinton, and all the other Democrats elected.

Finally, take a look at photos of this Katz fellow. Like so many other shooters, he is either mentally ill or under the influence drugs. Look at the photo of Adam Lanza, the alleged shooter at Sandy Hook. Bug eyes. James Holmes, the theater shooter in Aurora, Colorado, was also photographed with wide eyes and a thousand mile stare.

All of this might not mean anything. I am merely pointing out obvious similarities. For me there are two possibilities.

1) Katz was mentally ill and prone to violence (as of this writing there is little info on the shooter’s background, propensity for violence, details on weapons, etc.). The corporate media almost immediately began reporting the video football loss at Jackson Landing in Florida was too much for Katz and he went off the deep end, or

2) Mass shootings are part of a covert psychological operation designed to foment polarization, political discord, and—and more with each passing day—the possibility of civil strife and violence. If so, this is a classic example of divide and rule, a tactic perfected by the British in India around 1600.

How this is organized and implemented, I have no idea, although reading the history of counterinsurgency since the end of the Second World War provides a clue.