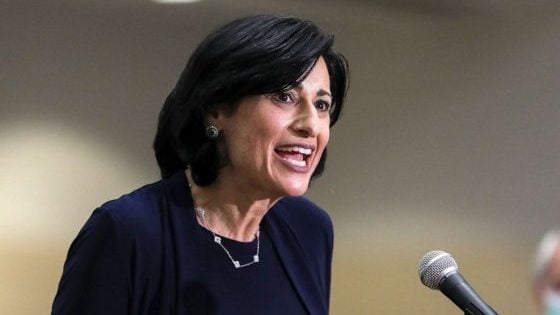 “Sorry you guys had to miss your grandmother’s funeral, but at least you don’t have to quarantine anymore!”

That may as well have been the message that the CDC put out on Thursday, conceding after years of micromanaging a “crisis” that those who are exposed to Covid no longer need to quarantine, regardless of their vaccination status, something which would have gotten you banned on all social networks in a millisecond if you dared to tweet just a little over a year ago.

New guidelines only recommend that people who have been exposed “wear a mask for 10 days” and get tested for the virus on day 5, according to the New York Times, a radical departure from the prior draconian measures which required self-imposed quaratines for as long as 14 days.

The CDC also doesn’t recommend staying at least 6 feet away from other people to reduce the risk of exposure, CNN noted. It’s a recommendation that boldly flies in the face of the scared sh*tless narrative the agency has been pushing.

According to the same report, the new guidelines also say that contact tracing “should be limited to hospitals and certain high-risk group-living situations such as nursing homes”. They also “de-emphasize the use of regular testing to screen for Covid-19, except in certain high-risk settings like nursing homes and prisons.”

And just like that, the hysteria was over, but at least we all “followed the science”

Greta Massetti, a C.D.C. epidemiologist, said Thursday: “We know that Covid-19 is here to stay. High levels of population immunity due to vaccination and previous infection, and the many tools that we have available to protect people from severe illness and death, have put us in a different place.”

According to Massetti and the Times, the new guidelines “emphasize the importance of vaccination and other measures, including antiviral treatments and ventilation.”

Not to mention, they also mark a drastic 180-degree shift from how the CDC was handling Covid over the past 24 months. But suddenly, with mid-term elections just months away, the new guidelines are being praised by health officials – imagine that.

Amesh Adalja, a senior scholar at the Johns Hopkins Center for Health Security, said: “I think this a welcome change. It actually shows how far we’ve come.” Yes… and we have been carrying the goalposts all along it appears.

But, despite this convenient narrative, the very same article goes on to make the case that not enough Americans have been vaccinated. After all, what would a writeup on Covid by the NY Times be without crowing about the number of still unvaccinated MAGA-hat wearing Americans:

And while nearly all Americans are now eligible to be vaccinated, many are not up-to-date on their shots. Just 30 percent of 5- to 11-year-olds and 60 percent of 12- to 17-year-olds have received their primary vaccine series nationwide. Among adults 65 and older, who are at highest risk of severe disease, 65 percent have received a booster.

Jennifer Nuzzo, director of the Pandemic Center at the Brown University School of Public Health, concluded: “Obviously, we have to do more work to make sure that more people avail themselves of the protection that those tools have to offer and that more people can access those tools. I do think there’s been an overall dial-back in the ground game that’s needed to get people vaccinated.”

My take on the new CDC guidance is they know nobody is listening to them anyway and they’re trying to hang on to a sliver of credibility. But it’s too late for that.

I and millions of others will never forget what we saw and what was done.