It’s Official: The United States Is Now A Banana Republic 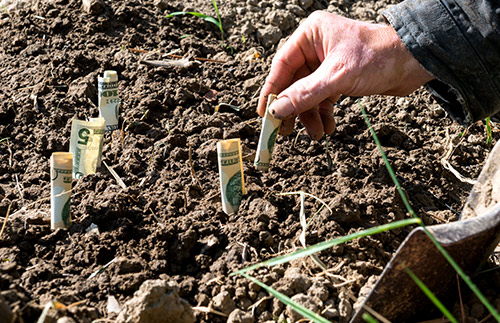 In some ways, we sympathize with Neel Kashkari’s concern about the unprecedented wealth inequality that has emerged in the US in recent years and which has resulted in a slow, methodical and relentless destruction of the US middle class … or rather make that precedented because there was another time when the top 0.1% had amassed as much wealth and it was just before the Great Depression.

After all, who hasn’t seen charts such as these showing the tremendous divergence in income earned by America’s Top 1% at the expense of the middle and lower classes:

… a redistribution that started almost 50 years ago, when Nixon decided to end the Fed’s biggest nemesis – the US gold standard – launching an unprecedented increase in income growth for the “Top 1%”, even as the income of the “Bottom 90%” has remained unchanged ever since 1971.

For those confused, Rabobank’s Michael Every put it best: of course, the Fed can redistribute wealth but “that redistribution has been from the poor and middle-class to the rich, not the other way round.”

And so, over a decade after the start of the biggest monetary and wealth redistribution experiment in history intermediated by the world’s central banks, we find ourselves in a place where Deutsche Bank writes that at the very top of its Top 20 risks for 2020 is none other than the “continued increase in wealth inequality, income inequality, and healthcare inequality.”

Why is Deutsche Bank concerned? Because there are two distinct points in history when wealth was as unequally distributed – the last time was just before the Great Depression (see top chart). The time before that? Right before the French revolution, as a result of which most of the French “Top 1%” at the time lost their heads, so to speak.

To be sure, the issue of wealth and income inequality is shaping up as the most sensitive topic not only during the Democratic primary race but the entire 2020 presidential race, with one of the most salient questions emerging who can tax the richest the most. 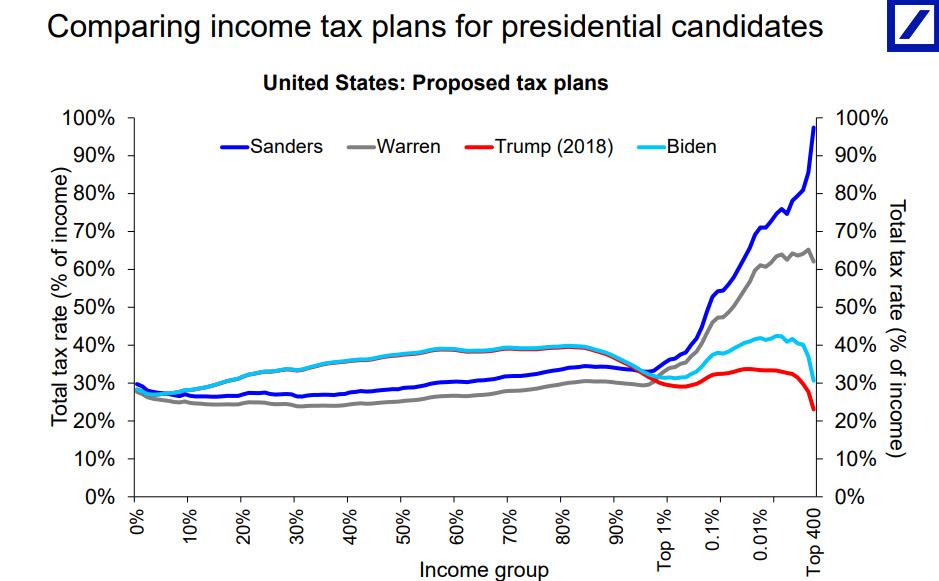 Unfortunately, as we are about to show, it may already be too late to fix the US: as the following stunning chart shows, the US is already effectively a banana republic if one defines such a nation as one which has a small but ultrapowerful and unaccountable kleptocracy which gets richer year after year by stealing from the rapidly shrinking middle class.

Here is the problem: while the US has one of the highest median incomes in the entire world, with only three countries boasting a higher income, it is who gets to collect this money that is the major problem, because as the chart also shows, with just a 50% share of the population in middle-income households, the US is now in the same category as such “banana republics” as Turkey, China and, drumroll, Russia.

What is just as stunning: according to the OECD, more than half of the countries in question have a more vibrant middle class than the US.

So the next time someone abuses the popular phrase  “they hate us for our [fill in the blank]”, perhaps it’s time to counter that “they” may not “hate” us at all, but rather are making fun of what has slowly but surely become the world’s biggest banana republic?

And it has not Russia, nor China, nor any other enemy, foreign or domestic, to blame… except for one: the Federal Reserve Bank of the United States.