It Spreads: FedEx Confirms It Has Also Been Hit With RansomWare Attack: “Implementing Remediation Steps As Quickly As Possible” 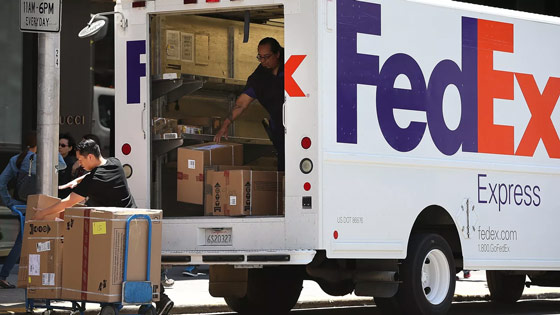 The NSA-linked ransomware attack spreading across the globe and now affecting at least 57,000 individual systems according to Kasperky Labs has reached global shipping giant FedEx.

The company confirmed the attack on Friday:

“Like many other companies, FedEx is experiencing interference with some of our Windows-based systems caused by malware,” the firm said in a statement. “We are implementing remediation steps as quickly as possible. We regret any inconvenience to our customers.” (link)

The extent of the damage to FedEx networks is unknown.

It is unclear if the cyber attack, utilizing the ‘EternalBlue’ exploit recently made available online after a massive release of hacked NSA and CIA spy tools, will affect FedEx deliveries.

The FexEx statement suggests that the attack could have a potential impact on some packages, as the ransomware locks users out of system files on  Microsoft Windows computers utilized by some FedEx employees.

Microsoft released a patch for the exploit earlier this year, but hospital computer systems in the UK and in over 70 other countries failed to apply the software update, reportedly leaving them vulnerable to the Eternal Blue exploit.