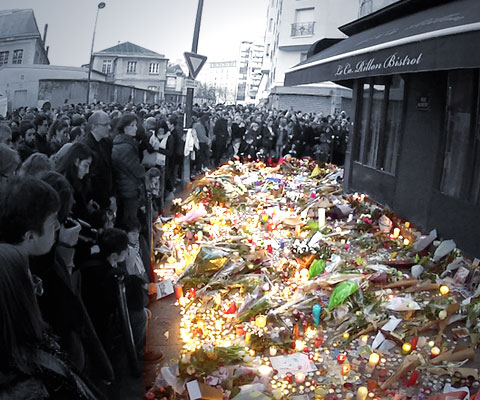 What happened in Paris shook the world.

The horror of the atrocities committed by ISIS has not only dominated headlines, but generated a new wave of indignation at the actions of the terrorist group – and those who support them.

But are there more attacks coming? A better question seems to be whether or not these attacks will ever end.

Many are suggesting that the United States is being targeted as well, and that a major attack is in the works.

That expert, Eric O’Neill, [says] ISIS was testing the model he called, “small randomized attacks” … “I think this was a test to see how well this could work in a city. Can we coordinate it? Can we effectively carry it out,” O’Neill told TheDCNF. “My sense is they are benchmarking themselves. They are going to see if this could be deployed somewhere else because if this was a test, then they passed.”

The same test “could have happened in a Washington, D.C. or New York, or Los Angeles and San Francisco, yeah, easily,” he said.

O’Neill believes the U.S. is next on the terrorist group’s target list. He said it is now more likely in the post-attack assessment stage.

The likely response will be more security and police state measures, though there may be little that such heavy handed maneuvers can accomplish.

In order to instill the maximum sense of terror, ISIS members are believed to be targeting random venues that don’t necessarily have any significance to the governments involved, but do inflict significant numbers of casualties:

The ISIS model is to target smaller, “softer” venues that are hard to protect like bars, restaurants, concert halls and public events.

O’Neill said the tactic generates fear because when random attacks occur, no place is safe. “Small randomized attacks cause a much greater sense of terror than one large attack.”

The United States has been inviting this trouble, sponsoring its own blowback by funding the groups – including known terrorist groups like al Nusra and al Qaeda in Iraq – who have gone on to join ISIS and wage jihad against the West.

The tone of the war against terrorism amid the conflicting effort to oust Assad has shifted in recent weeks, as Russia has commenced bombing ISIS targets inside Syria.

Now, the brutal nature of their terror mission has been renewed in the public eye, spawning new declarations of war by France, and a fresh wave of support for engagement in the Middle East.