Innocent Elderly Woman Pulled Over for No Reason as Cops Steal Her Life Savings, Prescription Medicine and Mock Her 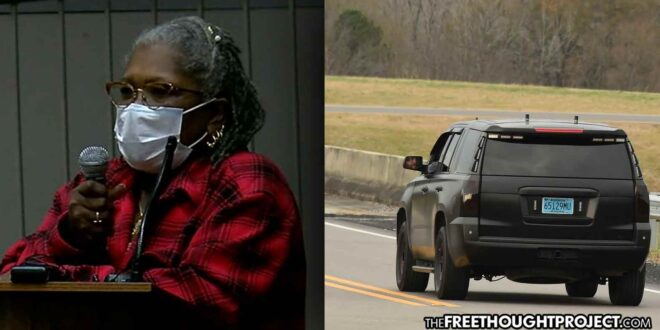 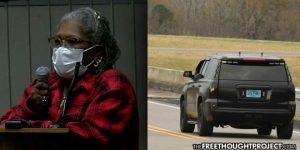 In December 2021, Jeanetta Jones, 62, had harmed no one, committed no crime, and was simply driving home when she was targeted by officers with the notoriously corrupt Brookside Police Department in Jefferson County, Alabama. By the end of the hour-long stop, Jones would be robbed of her life savings, her medicine stolen, and she would be publicly humiliated by the people who claim to protect society.

For decades now, the federal government and their cronies in law enforcement have been carrying out theft of the citizenry on a massive scale using Civil Asset Forfeiture (CAF).

The 1980’s-era laws were designed to drain resources from powerful criminal organizations, but CAF has become a tool for law enforcement agencies across the U.S. to steal money and property from countless innocent people.

As Jones’ case illustrates, insidious police departments will use this “tool” as a means of preying on elderly innocent women to “legally” rob them on the side of the road. All the while, these agents of the state think they are the good guys.

On the day she was stopped, Jones was driving home just after 2 p.m. when, according to her recent lawsuit, officers pulled her over for no reason. When Jones asked the officers why they pulled her over, they responded by telling her that they could pull over anyone they wanted.

For the next hour, police would launch a fishing expedition in an attempt to rob Jones of any and all of her valuables. Using an unauthorized search, police would find $5,000 in cash in Jones’ vehicle — which she told them was her life savings. They would also find her prescription medicine.

By the end of the illegal search and seizure, Jones would be robbed of her life savings and her prescription medicine she needed for pain. When she begged the officers to return her property, they responded by mocking the elderly woman.

“She requested the return of her money and medication,” the lawsuit says. “They refused to return either and laughed at her, telling the plaintiff they could do whatever they wanted.”

When looking through the history of the Brookside police department, Jones’s lawsuit is one of many and their attitudes during her stop reflect exactly why that is.

The lawsuit is the 13th filed against Brookside and its police department – or one for every 96 residents in the tiny north Jefferson County town. It claims Jones was falsely arrested and imprisoned, and that her rights under the Fourth and Fourteenth Amendments were violated. It seeks damages.

After she was robbed on the roadside, the perpetrators let her go and she was not charged with a crime.

“That seemed like to be nothing but a shakedown,” Jones said describing the traffic stop.

For weeks Jones tried contacting the department, Brookside Mayor Mike Bryan, and former Chief Mike Jones in an attempt to get back her property. And, for weeks, her calls fell on deaf ears, according to the lawsuit.

After four months of being ignored by the people who robbed her, Jones decided to take action in a civil suit.

Highlighting the problem within the department and town officials is the fact that the Brookside police department is infamous for its corruption and Jones’ case is one of many.

As AL.com reported, last week, the Alabama Department of Examiners of Public Accounts released an audit of the town, its police department, and municipal court. That audit outlines a series of problems, including chaotic storage of evidence, missing guns, unexplained guns, a trash bag filled with prescription medicines, undocumented cash, and improper accounting procedures.