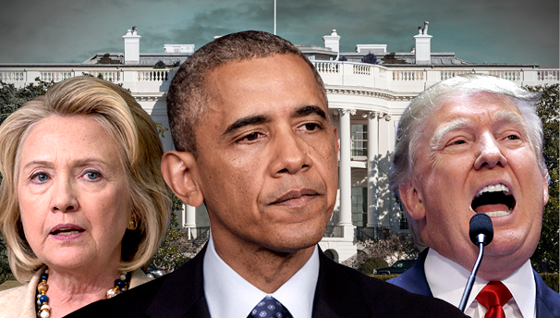 Many things have been happening in this “transition period” that point to one grim fact: Trump hasn’t sworn into office as president yet.  As a matter of fact, things are happening that may very well derail that inauguration.  There’s an old Irish expression: “There’s many a slip ‘twixt the cup and the lip,” and there’s quite a few slippery deeds in the works in particular that bear mentioning.  January 20, 2017 is still a long way off, and Obama isn’t done just yet.

From an international perspective, something very heinous happened in the dead of night just a little more than a week ago.  The House of Representatives passed a resolution, H.R. 5732, in a special session that included the suspension of normal rules.  Suspensions are characteristically used for bills that are not controversial.  H.R. 5732 is as controversial as they come: it holds the Caesar Syria Civilian Protection Act of 2016, with Sec. 303 holding the provision for the establishment of a no-fly zone over Syria.

The H.R. was introduced by Eliot Engel of New York (how surprising), and not only does the no-fly zone apply to Syrian planes in their own airspace, but also raises the prospect of engagements between U.S. and Russian aircraft.  Trump’s “reset” with Russia doesn’t occur until January 20, and there’s still a lot of time in between now and then.

Also, Jill Stein is challenging the election results in Wisconsin, Michigan, and Pennsylvania.  Isn’t it a coincidence that the three states are “swing” states that could (if reversed) help to affect a reversal of the whole thing?  Isn’t it also a coincidence that Hillary Clinton is “for” a recount and lauds Stein’s efforts?  It’s anybody’s guess how much the Clinton machine paid Stein to launch her crusade.

Meanwhile there exists the distinct possibility that many of the electoral college “electors” may reverse their votes for the deadline date of December 19 when they must declare and tally their choices.  The mainstream media is, of course protecting Obama as they reported that Obama said the election was indicative of the choice of the American people.  The media was also quick to point out that it was Obama who advised Clinton to concede defeat.

So, Obama is insulated from all that may happen in the next few weeks, and it’s obvious he can strike a pose of indignation when he “finds out” that the challenge has a “basis in fact.”  Right now, Clinton and Stein are creating their case.  They are also relying heavily on reports from many different areas that the Russians were involved in changing the vote.  Yes, that Frankenstein monster has been charged with electricity, and the “Russian hacking” is surfacing to be used as a tool in this challenge to the vote.

In addition, Zero Hedge recently posted an article written by Tyler Durden that bears reading.  The mainstream media and their flunkies, in this case an organization named PropOrNot, the director of which gave an interview to the Washington [Com]Post (on conditions of anonymity, naturally) stating that alternative media sites have been running news articles that are Russian propaganda.  All this, of course, with the intention of skewing the vote.

Just about two weeks ago, Obama met with Merkel of Germany to discuss the effects of the Internet in creating dissent.  Both of those two (the community organizer and the former East German Communist Party groupie-girl) stated the need for governments to be able to control what is released on the Internet.  In a follow-up to this, China has called upon governments involved in ICANN (Internet Corporation for Assigned Names and Numbers) to clamp down on independent journalists and websites.  The transfer of U.S. administration of the Internet to this foreign conglomerate (ICANN) took place without much fanfare on October 1, 2016.

These are harbingers of things to come.  There will be eventual control and interference of independent news media sites under the guise of “oversight” and the “protect the public” cover statements.  In addition to this, the alternative media will be blamed for “complicity” in the fraudulent claim of Russian interference in the U.S. election.

The Marxists such as Stein, and Hillary (with Soros, Podesta, and the rest of the Shadow Party) will try to reverse the election results while simultaneously demonizing the alternative media with false charges to justify their future controls over it.

So domestically, we’re seeing a challenge to the election results, the demonization of the alternative media, and claims of Russian hacking and interference while the House of Representatives quietly passed a resolution that could very well start World War III.  The transition period, right?  Perhaps a transition into a world war with Obama never leaving.  Or perhaps the transition period is only half-right.  Obama may leave, but it may be Clinton to step in instead of Trump.

Never underestimate a Marxist with a billion dollars and an army of oligarchs to lean on, and January 20 is a long way off.